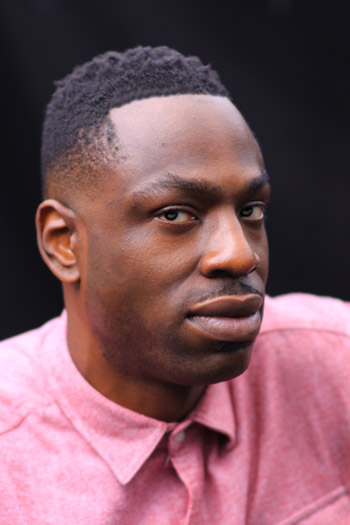 After months on set, peering through the viewfinder of a movie camera lens, Hans Charles saw the finished fruits of his labor premiere on Netflix in October.

Charles, a Film and Video Studies (FAVS) professor at George Mason University, is one of the directors of photography of “13th,” a documentary by Ava DuVernay, director of the Oscar-nominated film “Selma.”

The movie, named for the 13th Amendment, which ended slavery in the United States, is also the first documentary in history to open the prestigious New York Film Festival. The film was made available on Netflix starting Friday, Oct. 7.

The documentary’s topics—mass incarceration, the “three-strikes” law and the rise of private prisons within the context of slavery—are all issues that have long captivated his interest, Charles said.

It’s his study and knowledge of these social issues that ultimately landed him the job with DuVernay.

“She called me and said, ‘You have a passion for it; you seem to know a lot about the subject matter,’” he said.

Charles once worked with former prisoners as a mental health specialist. He also has friends who spent time in prison and had a close call with law enforcement himself.

Charles shared the director of photography role with Kira Kelly. The two were responsible for juggling the various camera crews on the set of the film. It’s the biggest film he’s shot in his career, which includes earlier works by DuVernay.

“Since Professor Hans Charles joined the faculty [in FAVS], he has shaped and developed the cinematography area of our program,” said Giovanna Chesler, program director of George Mason’s FAVS program. “Charles' rich technical expertise and artistic talent as a director of photography has transformed the work of our students on their own films.”

Having working artists as instructors at Mason is important to students, especially the ones who are closer to graduation, Charles said.

“Juniors and seniors get a keen understanding of what it is to be a working professional. They can feel the adult life right around the corner,” Charles said.

“It is also important to be a listening post for students because they may be your future colleagues,” he added.

“I could be working with them or for them in the coming years.”