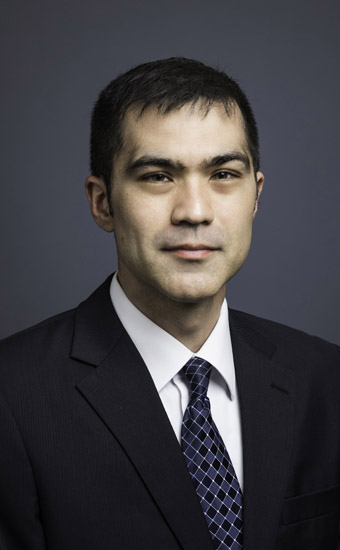 George Mason University researchers may have found a way to reverse the progression of  chronic obstructive pulmonary disease (COPD), which is the third leading cause of death in the United States.

George Mason chemistry and biochemistry professor Mikell Paige received nearly $2.4 million in funding from the U.S. Department of Health and Human Services to find new treatments for COPD in collaboration with Y. Michael Shim, MD, at the University of Virginia Medical Center and Schroeder Noble, PhD, at the Walter Reed Army Institute of Research.

Current treatments for COPD, at best, improve patients' quality of life but do not halt disease progression, said Paige.

"We hope this new anti-inflammatory pathway we are exploiting may be able to do more than relieve symptoms, and possibly reverse disease progression," he said.

COPD is one of the top causes of disability and the third major cause of death in the United States, according to the National Heart, Lung, and Blood Institute. Sufferers experience symptoms ranging from a persistent cough and shortness of breath to wheezing and chest pain.

More than 11 million people in the United States have been diagnosed with COPD, but as many as 24 million people might have the disease and not know it, according to the American Lung Association.

Paige’s research could lead to new drugs that would need lower concentrations to be effective, require fewer doses per day, and be taken in tablet form. Moving research from the labs to patients is a priority at Mason.

The researchers are also trying to better understand the biological underpinnings for this pathway, which could potentially lead to further strategies for treating COPD or other inflammatory diseases.

Paige said discoveries made while working on this research grant could possibly reduce the incidence of lung cancer—a disease COPD sufferers are more likely to develop than non-sufferers.

This initial study is expected to be completed in the next four years.