Yali Guo is Mason’s January 2017 Employee of the Month 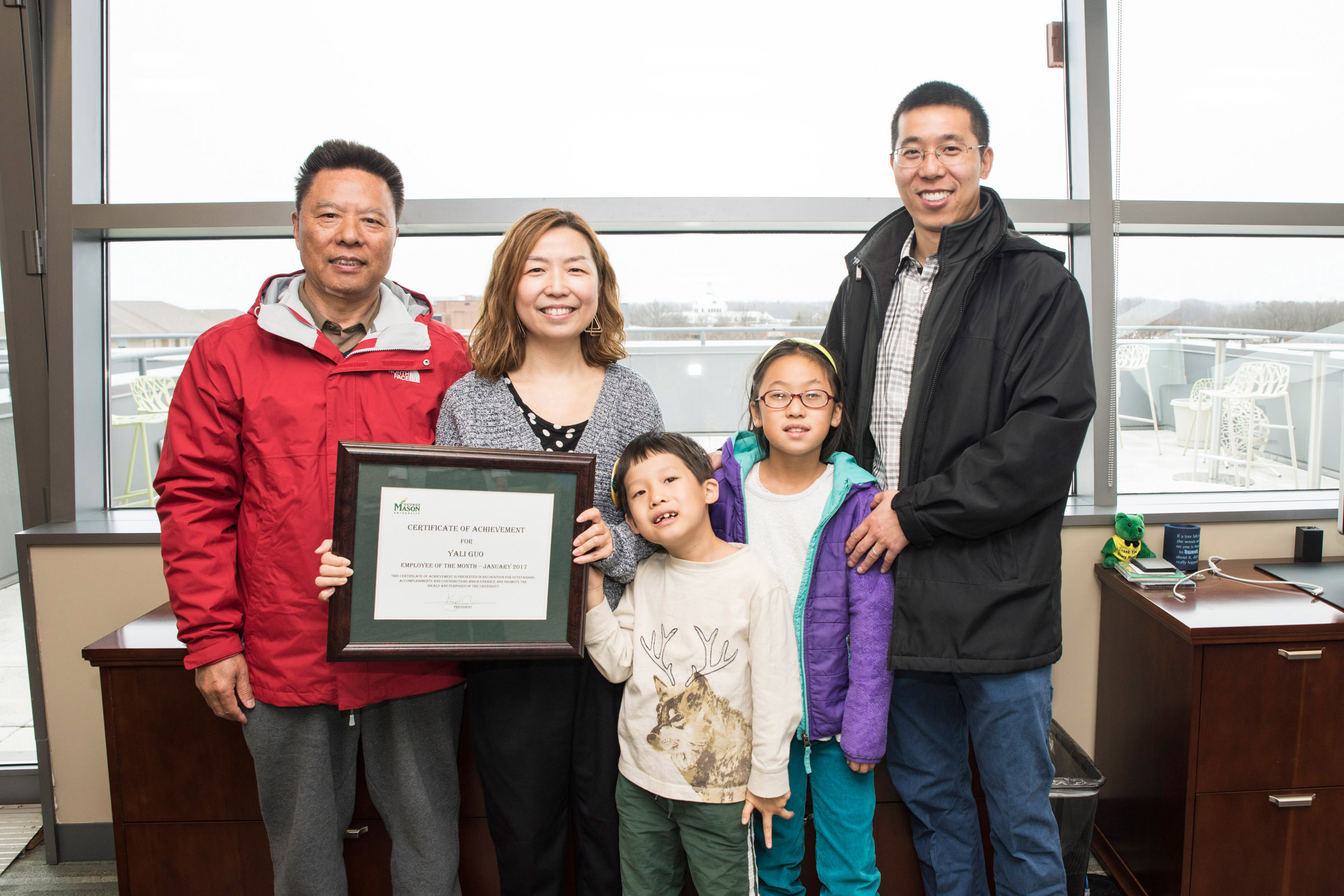 Yali Guo, AP Accountant, Purchasing and Accounts Payable, is the Employee of the Month for January 2017. Photo by Ron Aira.

Happily accepting her nomination for Employee of the Month is Yali Guo, an accountant for Accounts Payable in Fiscal Services.

She was nominated by Accounts Payable co-worker, Tuyen Ngyuen, who says that her attitude and approach to her job is “extremely refreshing.”

“It is a great honor to me. I will try to make more valuable contributions to my team,” Guo said.

Guo has worked at Mason for almost four years and was recently promoted to her position as an accountant. She serves as petty cash officer and helps manage the university’s electronic payment program and wire transferring services. She’s looking forward to this opportunity to learn something new from her supervisor and new challenges in this position.

Deputy director for the Confucius Institute at Mason, Lucia Sedwick Claster, works with Guo on a number of international wire transfers and says that her work ethic makes all transactions run smoothly.

“Her enthusiasm for her work and her customer service orientation in her dealings with others mean that the job is not only accomplished, it is produced in a way that creates more solid working relationships between Fiscal Services and Mason departments,” Claster said.

Part of a “Mason family,” Guo started working at Mason a few years later after her husband, currently associate professor of statistics, Guoqing Diao, was hired. Guo enjoys the university’s diverse atmosphere, particularly in her department, where she says a wide range of countries and cultures are represented amongst her co-workers.

According to Quyen Le, associate director of Accounts Payable, YaliGuo always goes above and beyond to help her co-workers and make a difference in the world.

For instance, during the snowstorm in January 2016, Yali Guo monitored the Accounts Payable general mailbox from home to ensure that urgent matters or vendor payment issues were taken care of promptly, Le said.

Guo said that winning this award would not have been possible without the guidance and support from her teammates and supervisors. She is excited to be presented this award with her family watching, especially her father, who will be visiting from China during the ceremony.

Guo will be formally presented with this award by President Ángel Cabrera at 2 p.m. Thursday, Jan. 5 in his office on the fifth floor of Merten Hall. Guo's family, co-workers and friends are all encouraged to attend the ceremony. Those unable to attend the ceremony may watch the Facebook livestream at www.facebook.com/workingatmason.