Mason DREAMer is also a Spirit of King Award winner 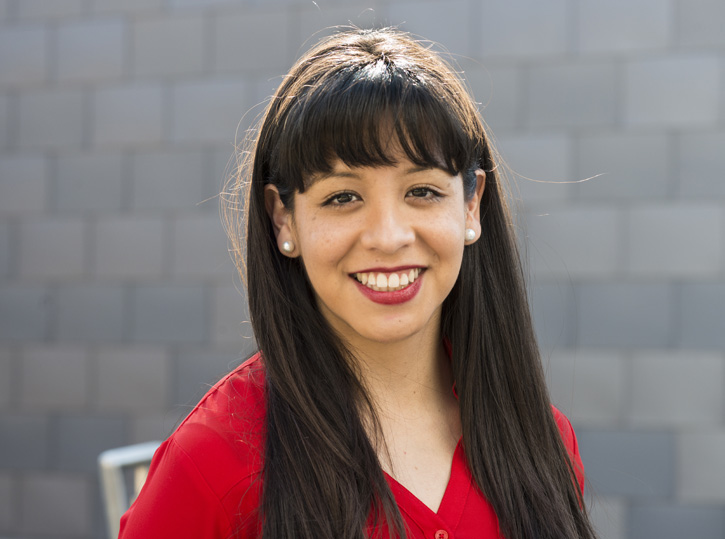 Danna Chavez Calvi spent much of her career at George Mason University working with Mason DREAMers, a nonpartisan organization that serves undocumented students.

Even though she graduated from George Mason in December with a degree in communication, she remains the organization’s external president, working closely on the group’s community partnerships and building connections with prospective Mason students who are undocumented.

“We want to make sure they know they have options―way more options than they used to have,” she said.

As part of Mason DREAMers, she visits several high schools each semester and presents talks about college admissions in both English and Spanish.

She now works as a tutor and a teaching assistant at Osbourn High School and Metz Middle School in Manassas, Va., where she previously did outreach with Mason DREAMers.

Chavez Calvi’s dedication to helping undocumented students and the Hispanic community are just some of the reasons she was honored with the 2017 Spirit of King Award by George Mason’s Office of Diversity, Inclusion and Multicultural Education.

The award is presented each January during the MLK Jr. Evening of Reflection to persons who have made exceptional contributions to the development of an inclusive learning environment through their work. She is one of three students who earned the award this year.

“The people who nominated me were very kind and sweet; it was a nice gesture,” she said. “But the award reflects more of what Mason DREAMers does as whole and not just me as an individual. There are individuals who are just as strong as I am in that team, if not stronger.”

Born in Bolivia, Chavez Calvi was brought to the United States at the age of 8 and remains here under the executive action Deferred Action for Childhood Arrivals, commonly known as DACA.

She wants to continue to work with the low-income communities in the United States and has received early acceptance to work for the nonprofit Teach for America beginning in June 2017.