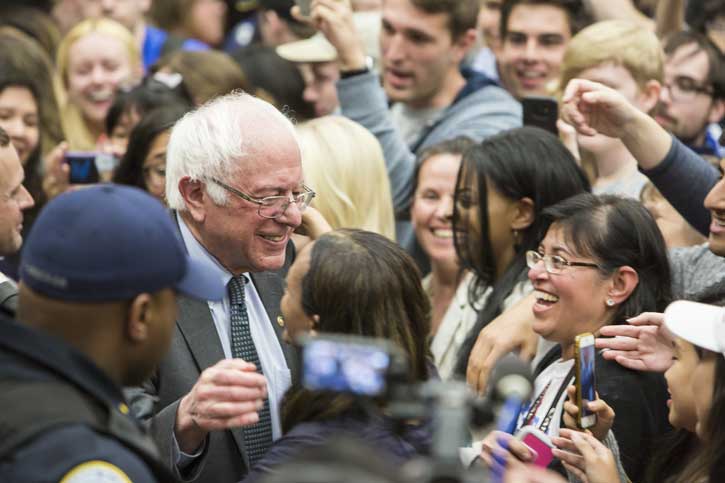 Sanders told the boisterous crowd of about 800 to “look what’s going on in your community, in your state and have the guts to stand up and say, ‘It’s not right, I am going to change it.’”

It was Sanders’ first foray into state politics since November’s presidential election.

Perriello is in a tight primary race with Virginia Lt. Gov. Ralph Northam for the Democratic nomination. Perriello’s recruitment of Sanders, who is popular with millennials and progressive voters, to rally attention to his platform of a $15 minimum wage, strict environmental controls and a refusal to take campaign funds from utilities seems smart, said Mark J. Rozell, dean of Mason’s Schar School of Policy and Government and a longtime observer of Virginia politics.

“Sanders has a potentially large impact on the gubernatorial nomination,” Rozell said. “He still commands a strong following of the liberal wing of the party that has become highly activated since Trump's election. In relatively low-turnout primaries, the intensified enthusiasm of liberal activists just might carry the nomination for Perriello.”