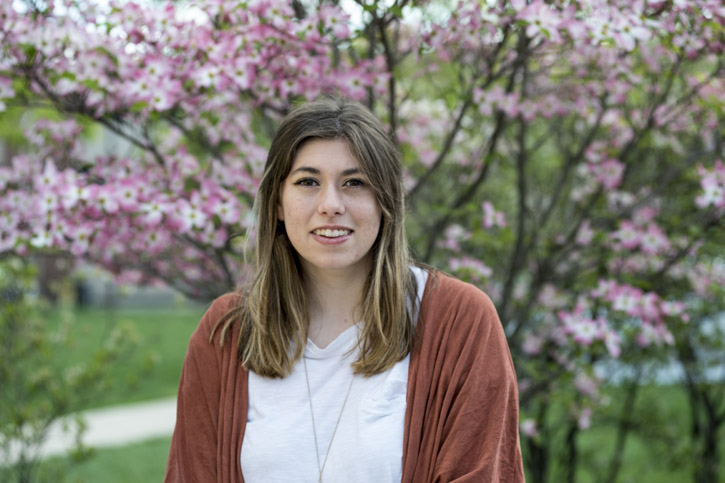 An 18-year-old George Mason University student is working to channel some of her pain into productivity by providing online support to sexual assault victims.

Breaking Your Silence started as a web-based project for the 2016 Step Up Loudoun Youth Competition, but along the way it became about more than winning or losing for social work major Carmine Gothard, its creator.

The site is not geared toward awareness and advocacy, but is for survivors of sexual assault, like Gothard, who said she was sexually assaulted at a sleepover when she was 7 years old. The trauma of the event manifested itself during her high school years. She developed an eating disorder and has been diagnosed with bipolar disorder and PTSD.

Gothard earned second place in the competition and decided to keep the project going as she navigated her freshman year at George Mason.

“It’s a little exhausting, but it’s definitely worth devoting time to. People need to be heard. They’ve had their voice taken away from them once and somebody should work to give it back,” she said. “I am an 18-year-old. I’m not a licensed therapist, but I do try to offer words of support, and I do have a hotline page for when there is a crisis.”

Gothard said she is most proud of Breaking Your Silence’s Sending Paper Hearts Project. People can sign up to send or receive anonymous encouraging notes in the mail from a survivor.

“I know that getting letters of support in the mail is pretty awesome,” she said. “I’m like, ‘Wow, somebody out there cares. They don’t know me, but they still love me and they want me to be okay.’”

Gothard is considering increasing Breaking Your Silence’s presence on the Mason campus; some have already asked about participating in the Sending Paper Hearts project, she said.

In 2016, Gothard spoke at an event in Washington, D.C., hosted by This is My Brave, a nonprofit organization that works to decrease stigma around mental illness.

“When you’re struggling it’s definitely something that’s very isolating. It’s a taboo topic. You feel that you can’t talk to people about it. You need words of encouragement, but you aren’t sure how to go about getting them,” she said.