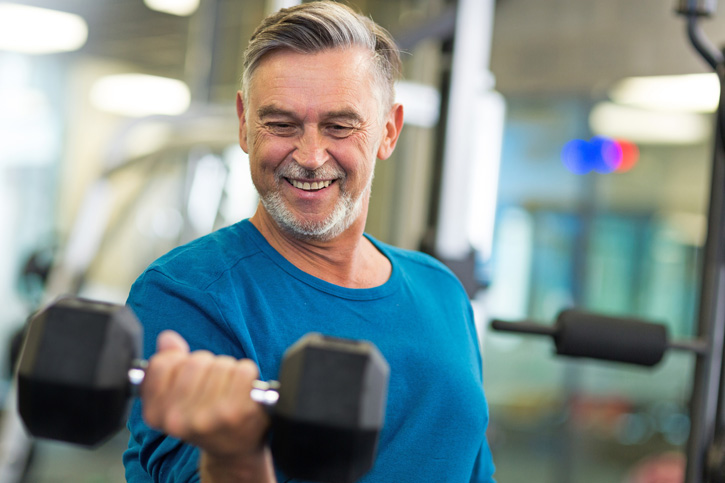 A new genetic test has been shown to predict not only if a person is genetically predisposed to developing Alzheimer’s disease in old age, but also at what age.

The telling genetic marker is a protein known as APOE, and everyone inherits one of three versions of it—E2, E3 or E4.

“APOE-E2 is protective, we know that,” said psychology professor Jane Flinn, who researches cognitive and behavioral neuroscience at George Mason University’s College of Humanities and Social Sciences. “If you have two copies of APOE-E2, one from your mother and one from your father, you never develop Alzheimer’s. But that’s only 2 percent of the population.”

Those with one APOE-E3 gene and one APOE-E4 gene run a greater risk of developing late-onset Alzheimer’s, she said.

“That’s 20 percent of the population,” she added.

Carrying the E4 gene also increases the risk of developing the disease at an earlier age.

“But again, that’s only 2 percent of the population,” said Flinn, who studies the effect of metals such as zinc and copper on behavior and physiology.

“You can make life choices,” Flinn said. And you can start treatment earlier, even before symptoms arise.

One step to take is committing or recommitting to exercise.

But not too much

“Obviously, you wouldn’t quit your job,” she said, adding that health care benefits and long-term insurance coverage could be crucial later on. “But you would want to think about where you wanted to live in the future.”

Be careful with money

“You shouldn’t do anything risky financially,” she said. “You have to really think about your finances and try to plan carefully.”

On the other hand, she said, “Start working on the bucket list. Start early, not late. If you always wanted to do an around-the-world tour, do it now, not later.”

Reading seems to work to stave off symptoms, and having a college degree, or at least a high school education, appears to be preventative as well. It seems an active brain is a moving target for the disease, she said.

“Social contact is very important. And it’s a huge issue when people get older,” Flinn said. “They live alone, they can’t drive—but the more social support you have, the better for your brain.”

Eat a balanced diet, get plenty of exercise and in short, “do anything that’s good for your heart,” Flinn said. “It’s also good for your brain.”