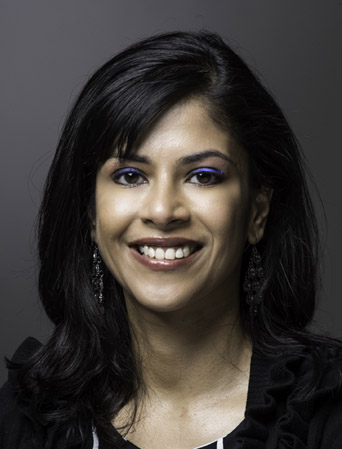 A George Mason University professor teamed up with researchers from around the world for a study that strives to identify ways that the health sector can assist victims of intimate partner violence in low- and middle-income countries.

They conducted an intervention trial at 42 public health clinics run by Mexico City’s Ministry of Health from 2012 to 2014.

The study included 980 low-income women who had experienced physical and sexual violence from a male partner in the past 12 months, said Jhumka Gupta, a social epidemiologist and professor at George Mason who led the study, published this month in the medical journal, BMC Medicine.

All the women in the trial received nurse-delivered screenings and referral cards. The 470 women in the treatment clinics received an in-depth counseling session where individualized plans were developed, as well as a follow-up counseling visit.

“It may be that even a low-dose intervention for this vulnerable population can be helpful,” Gupta said, adding that many of the women had never been asked about intimate partner violence. “Something about asking about violence in a health clinic [setting] made a difference.”

According to the World Health Organization, about 30 percent of women globally experience physical or sexual intimate partner violence in their lifetime. Decades of research shows these women are more likely to have negative health consequences such as sexually transmitted diseases, mental health conditions, and poor pregnancy and birth outcomes.

“The health implications of intimate partner violence, along with health care providers having access to an otherwise isolated population, underscores why health sectors must respond to violence against women,” Gupta said.

Health care providers can refer victims to resources, provide empathic listening and help them understand that abuse is a health issue, she said.

Governments in low- and middle-income countries are starting to make commitments to combatting intimate partner violence, but they need more robust data to guide them, said Gupta, who presented her work at a World Health Organization meeting in November.

Most of the evidence on health sector programming to address intimate partner violence is based on research from high-income countries.

“The health sector is one part of the puzzle, [but] health sector interventions need to be integrated with efforts to change social norms and building up community services,” Gupta said.

The study was conducted in partnership with the Population Council of Mexico, Innovations for Poverty Action, Mexico City Ministry of Health, and the International Planned Parenthood Federation of America-Western Hemisphere Region.