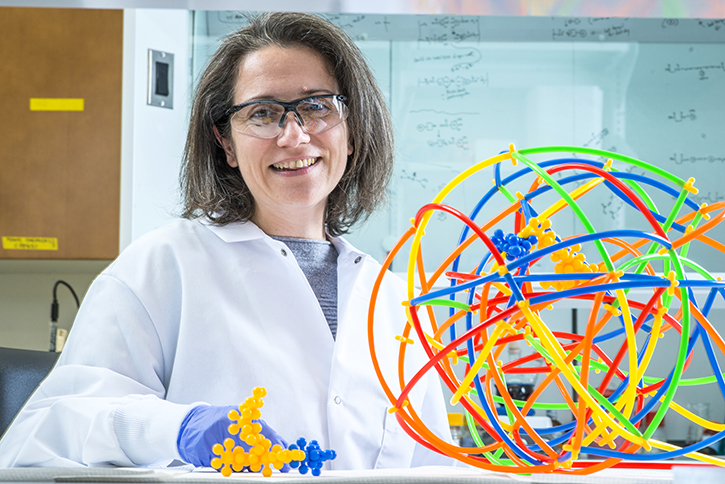 Alessandra Luchini (above) and Lance Liotta head an international team that has developed a nanotechnology that for the first time can measure a sugar molecule in urine that identifies tuberculosis with a high degree, setting the stage for a rapid, highly accurate and far less-invasive urine test of the disease that could potentially save millions of lives. Photo by Evan Cantwell.

Scientists at George Mason University have developed a nanotechnology that for the first time can measure a sugar molecule in urine that identifies tuberculosis with high sensitivity and specificity, setting the stage for a rapid, highly accurate and far less-invasive urine test of the disease that could potentially prove to be the difference between life and death in many underdeveloped parts of the world.

The international team led by George Mason’s Alessandra Luchini and Lance Liotta report in Science Translational Magazine that a sugar molecule called “LAM,” which comes from the surface of the tuberculosis bacteria, can be measured in the urine of all patients with active tuberculosis regardless of whether they have a simultaneous infection with another pathogen (e.g. HIV). The more severe the disease, the higher the sugar concentration in the urine, said Luchini, an associate professor in Mason’s College of Science.

Current methods of detection – skin tests, blood tests and chest X-rays – are often very expensive and not always available in rural settings in lesser developed parts of the world. Urine is considered an ideal body fluid for a TB test because it can be easily and noninvasively collected.

“We can measure now what could never be measured before,” said Liotta, co-director of Mason’s Center for Applied Proteomics and Molecular Medicine. 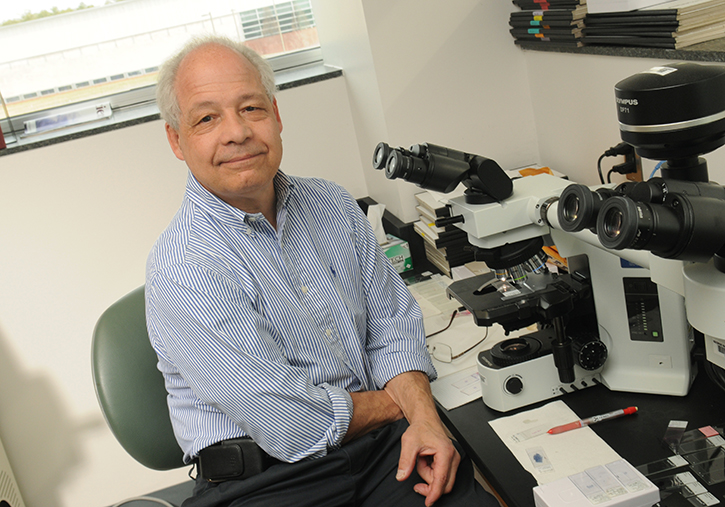 The World Health Organization estimates that TB kills 1.8 million people annually, most of whom might have lived if the highly communicable bacterial infection had been diagnosed sooner and treated. In 2015, 10.4 million people worldwide fell ill with TB, with an estimated four million of those cases never reported, diagnosed or treated, according to the WHO.

The mortality rate for untreated TB is 68 percent, but that figure drops to just five percent when diagnosed and treated, according to the WHO. Once thought to be under control, the disease is again on the rise around the globe.

Accurate urine testing had been impossible in the past because TB shed markers exist in very low concentrations and are masked by other high-abundant, normal urinary resident proteins. The Mason scientists, aided by a group of Mason students and scientists from Peru, Italy and Johns Hopkins University, discovered that a special copper dye will bind and capture the TB LAM sugar with incredibly high affinity.

“We showed that our technology could be used to measure several different kinds of markers for TB in the urine and could be configured as a rapid test similar to a pregnancy test,” Luchini said.

Their work, supported by grants from the National Institutes of Health and from the Bill and Melinda Gates Foundation, served as the basis for the subsequent breakthrough by a group of Mason students in developing a cheap and less-invasive “dipstick” TB test. The Mason students will eventually head to Peru to begin testing their device with hundreds of patients for their research study.

The Mason University Biotechnology partner Ceres Nanosciences will be commercializing the technology, with the aim of making the test available worldwide.

“We have everything in place to do our best to get this out and help people in the world,” Luchini said.