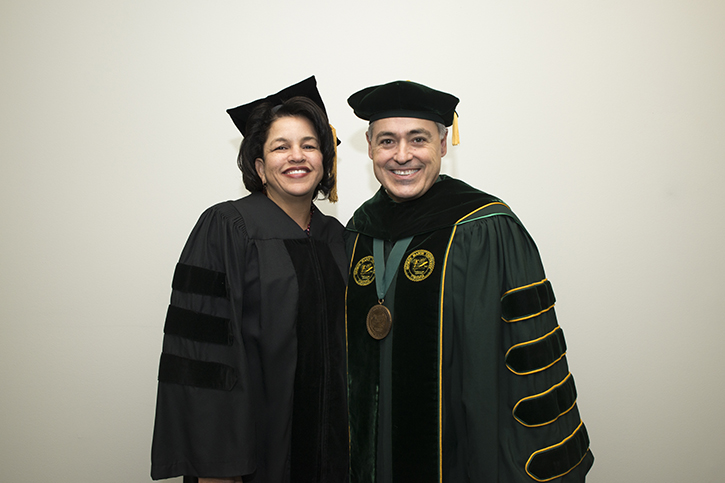 (Remarks as prepared for delivery)

Enjoy this moment. Enjoy this day. You earned it. The next time you are the center of this much attention, there will be an officiant, a florist, and boundary-challenged in-laws.

Let me be the first person to ask you: What are you going to do now?

You don’t know?  You have no idea? You have an idea, but aren’t sure?

You say you have only been asked that question about three hundred times—since this morning—and for the love of peach cobbler and ice cream will people please quit asking!

It is perfectly OK, 100% normal, if you have no idea what you are going to do.

Life has a way of sorting itself out. Just as we all eventually learned to tie our shoes and use the bathroom accident-free, at least most of the time, we all get there, wherever “there” is, despite our seemingly slow start and lack of confidence that we will ever figure it out.

I am exhibit A. It took me 22 years of fits and starts and detours to find that thing I was supposed to be doing. I call it the scenic route. I highly recommend it.

I received my English (writing) degree from George Mason in 1994, but I started writing in elementary school when every year I was forced to write a piece of fiction called: “How I Spent My Summer Vacation.”

There was no vacation. There was no running water. No central heat. No indoor plumbing. There was only hope and the belief that I could do it. “It” being finding the money and putting myself through college. Graduating was the goal. I gave scant thought to what I would do once I finished. Growing up, I noticed that my friends whose parents had gone to college had houses with running water and heat in the winter. That was good enough for me.

Twenty-two years doesn’t sound so long now, does it?

I enlisted in the Army straight out of high school. I might have made it a career, but turns out I was a “Why?” girl, instead of a “Listen here” girl. The military is not a big fan of “Why.” It was better for all concerned that I took my honorable discharge and left. The GI Bill paid for my English degree from Mason.

I worked as a cashier at a dollar store. It was actually named “Everything’s A Dollar.” Every day, customers would ask me, repeatedly, “How much is this?”

I thought I would teach, but teaching would likely require a PhD, which to my small town ways, seemed much too exotic, like being a Cirque du Soleil acrobat.

I thought I would become a psychiatrist. Psychiatry has always fascinated me and appealed to my personality with its combination of medicine, nurturing and listening. Then, I took chemistry and God said, “Uhn-Uhn, girl.”

Then I thought I would be a lawyer. It’s like being a doctor, with good pay, but better jokes. So I did. Thank goodness I had no idea what I was doing.

I started law school the same time my son started kindergarten. Every day for three years, I dropped him off at before and after school daycare, caught a slug ride from Stafford County to the Pentagon, took two Metro trains, went to school all day, and reversed the commute home in order to arrive at daycare before it closed at 6:30. Lather. Rinse. Repeat. It was the hardest thing I have ever done.

I thought about quitting almost every day.

I spent 12 years as an attorney: first, as a law clerk and then as a very good lawyer.

Being a judge is the best job ever.

If you had asked me at my Mason graduation in 1994 what I was going to do now, I would have said, “I have absolutely no idea. I’m pretty sure I’ll figure it out. Now, please stop asking.”

So now that you are free of that most annoying question, I’d like to share some little things that I have learned along the way, from one Mason graduate to another, which may make your life easier. Or, if a needlessly hard life is your thing, stop listening.

Have a 2 a.m. friend. (Not that kind.) Someone you can call when life gets tough, because it will, and who will never say to you after the fact, when things are better, “Remember that time you called me upset about . . .”

Your classmates and co-workers are only pretending to have it all together. They are as scared and confused as you are.

If your boss criticizes you by saying, “You just want to be in charge,” say, “Yes, as a matter of fact I do.”

If your boss calls you “insufficiently deferential,” say, “Thank you.” Then say, “You would never say that to a man.” Then emblazon the words on a custom-designed T-shirt and sleep in it every night.

If any job makes you miserable enough to cry two days in a row, leave.

Update your résumé every six months. It is much easier to add one or two things, or nothing, every six months than try to remember six years of updates when you really need to get the heck out of there.

Life goes slowly until you are 30.  Then it goes very, very fast.

Never run a negative dialog through your head. There will always be voices in the world making you question whether you are good enough, smart enough or talented enough. Don’t help them.

“May your choices reflect your hopes, not your fears.” That’s not me. That’s Nelson Mandela.

That “everything works out in the end” is a lie perpetuated by someone who just got everything he wanted two minutes later than he expected it. Everything does not always work out in the end, but you can take it.

Finally . . . cut yourself some slack.

Ladies and gentlemen, thank you so very much for the honor of sharing this day with you. I wish you all the happiness in the world.