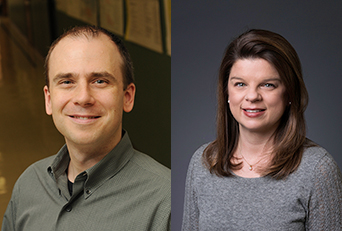 Christianne Esposito-Smythers, an associate professor within Mason’s Department of Psychology and the director of clinical training, has introduced an integrated training effort, the Fairfax Consortium for Evidence-Based Practice: A Training Collaborative, which will include Fairfax County’s major players in an effort to fight teen suicide and other mental health problems.

Formed in partnership with Mason’s Department of Psychology, Healthy Minds Fairfax and the Inova Kellar Center, the new consortium will develop and deliver trainings for Fairfax County’s public and private mental health treatment community in evidence-based behavioral health treatment for children, youth and their families, Esposito-Smythers said, with plans to expand to address treatment for adults in the latter years. The program is the result of a two-and-a-half year, $450,000 grant from Healthy Minds Fairfax.

Suicide is the second leading cause of death among children and adolescents ages 10-18, according to the Centers for Disease Control and Prevention (CDC), trailing only unintentional injuries such as car accidents.

The program builds on an existing evidence-based treatment approach that addresses depression, anxiety, behavioral difficulties, trauma, substance abuse and suicide prevention for teens and their families. The researchers will work with teens, parents and community clinicians to adapt the treatment program for the needs of the surrounding community.

“If we really want to have an impact and help these kids get better, we need to have the family well integrated into the treatment program,” Esposito-Smythers said. “Kids exist within systems—they don’t exist within vacuums. We invite parents to learn some of the same skills as their teens so that they can serve as ‘coaches’ outside of session and best support their teen’s efforts toward recovery.”

Esposito-Smythers is one of the chairs of the Fairfax County Youth Suicide Review Team, which was created in 2015 after a rise in suicides in local high schools. The team’s two primary goals are to identify systems, policy and practice changes to inform suicide prevention efforts, and to identify trends in suicide and common risk factors for youth suicide in Fairfax County. The team’s first report, which was released in September 2016, was based on 15 deaths the team reviewed in its first year. A second report followed in October 2017 based on an additional eight deaths. Both reports are publically available on the Fairfax County website.

In most of the cases reviewed, the teens had received a course of treatment or were undergoing treatment at the time they died by suicide.

“We knew they needed help, and most were getting treatment—but it wasn’t helping enough,” said Keith Renshaw, the associate professor and Mason Psychology Department chair who is assisting Esposito-Smythers with the project.

Esposito-Smythers said she hopes that her evidence-based approach to health care can give troubled adolescents the best chance at recovery.