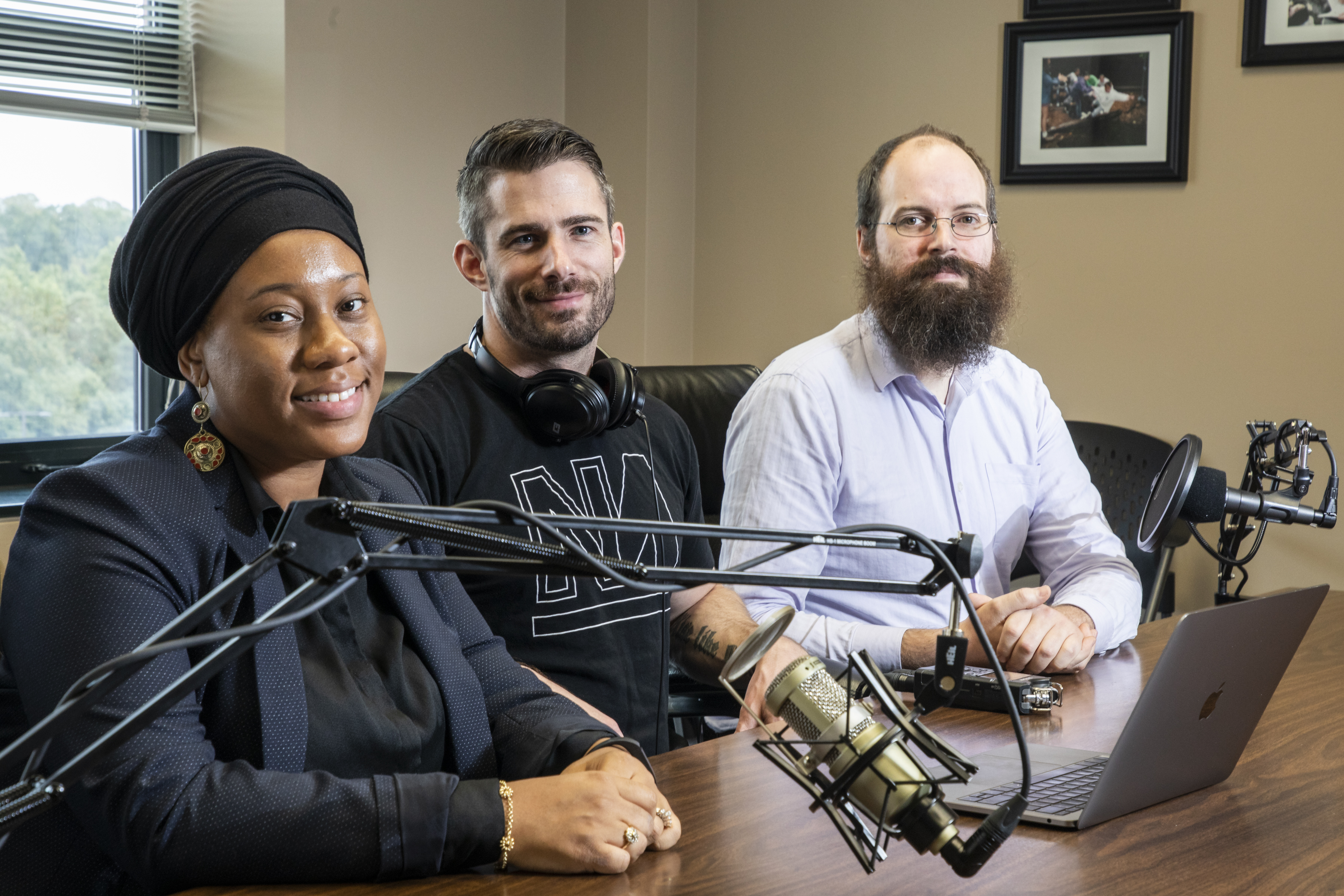 The Cultural Studies Program at George Mason University is hosting their 25th annual colloquium series, this year titled “Climate, Capitalism and Culture.” To make the information more accessible to the public, the program is accompanying the speaker series with a student-hosted podcast.

"I decided to make [the speaker series] a mini course,” said Roger N. Lancaster, professor and colloquium coordinator. “If you came to the colloquium, even if you just listen to the podcast and did some readings with it, it would be like you've taken a mini course on the subject matter."

Lancaster picked climate change because, although it is important and relevant to cultural studies, it’s not a subject that is often discussed in the field.

“The interdisciplinary approach opens up promising lines of inquiry,” said Lancaster, adding that he believes the subject of climate change may be the most important issue of our time.

The first episode, “Climate Science Denial and Information Inoculation,” features John Cook, a research assistant professor from Mason’s Center for Climate Change Communication, who spoke with Richard Todd Stafford, a cultural studies PhD student and digital initiatives coordinator within the Honors College, about climate change denial and what can be done to combat misinformation.

Lancaster coordinated the speaker series, but students take the reins in this podcast’s production. Adam Proctor, a PhD student with his own political podcast, handles the audio production work, and doctoral students Amy Zhang, Pavithra Suresh and Tauheeda Yasin Martin, in addition to Stafford, interview the guests.

Zhang interviewed Imre Szeman, professor of environmental communications at the University of Waterloo, for the podcast’s second episode. To prepare, she said she read several book chapters and articles that Szeman had written to get a sense of what questions she should ask.

“For the most part though, the questions I asked were developed to invite the speaker to help define terms that he is working with now, like ‘petroculture,’ and then to describe the sub-field that he and others are developing in the humanities—‘energy humanities,’” said Zhang, who added that she had some sense of these terms after reading Szeman’s work but learned more during the conversation.

Stafford said the goal of the 20- to 30-minute podcast is to communicate important scholarship and ideas to a broader audience. Given the interdisciplinary nature of cultural studies, the series invites a wide range of different disciplines, from communication, sociology and public health, to language and literature.

Stafford recently interviewed Jason W. Moore, an environmental historian from the sociology department at Binghamton University, whose talk is titled, “Cheap Nature, or, the Cultural Logic of Historical Capitalism.” Moore spoke in the colloquium on Oct. 25.

Toby Miller from the University of California, Riverside, will wrap up the fall session of the series with his talk, “Greenwashing Culture.” The spring speakers are still being scheduled but will also address climate and culture.

The podcasts can be found on the Cultural Studies Program website, as well as Apple Podcasts. The colloquium is free and open to the public for those who would like to see the speakers live.