Horrified to learn about Russian meddling in the 2016 U.S. presidential elections, George Mason University professor A. Trevor Thrall was intrigued when he met John Fuisz, cofounder of SSR Industries, and learned that his company had developed a new strategy for finding social media attacks online.

A few weeks later the two collaborated, and Thrall, who specializes in international security, brought 27 student volunteers on board to study whether foreign interference could be at play in the 2018 U.S. Senate race, too.

Each student monitored a Twitter account that SSR Industries identified as suspicious based on the subject matter. They found odd behaviors that were likely meant to influence the Missouri Senate race, and among them, a pricey new development: more than $200,000 in illegitimate GoFundMe campaigns driven by the accounts.

“We had the students go through each tweet, read the tweet, and code it for certain elements to see what kind of trolling [the account users] were doing,” said Thrall. The students, Thrall and Fuisz met weekly for mentoring and to discuss their findings.

“[Discovering the GoFundMe accounts] was a unique contribution that the Mason students made to this project,” Thrall continued. “If we’re right that these accounts are in fact linked to Russia, [then] these are totally illegitimate ways to make money off unwitting people…and they’re then being able to use that money to finance more election meddling.”

Since the discovery, SSR Industries contacted GoFundMe. “They hadn’t known it was happening, so now they’re monitoring this stuff as well,” said Thrall. SSR Industries also plans to use the findings as part of their knowledge base for future investigations.

For students, working on the project felt like a way to help defend U.S. democracy and taught them about the impacts of a divided nation.

“The goal of election interference isn’t to get specific candidates elected,” said Keelin Coltrane Wolfe, a junior studying government and international politics. “It’s to cause divisions within democratic societies to destabilize them, and by extension, the international order.”

The hands-on nature of the work also provided to be a resume-worthy experience for the student cohort.

Beyond the classroom, the findings show that election meddling is an ongoing issue.

“People really should pay careful attention to what they consume online,” Thrall advised, adding that the government should work quickly and carefully to prevent foreign interference from getting out of control. “Elections are only as useful in a democracy as people perceive them to be legitimate, fair and honest.” 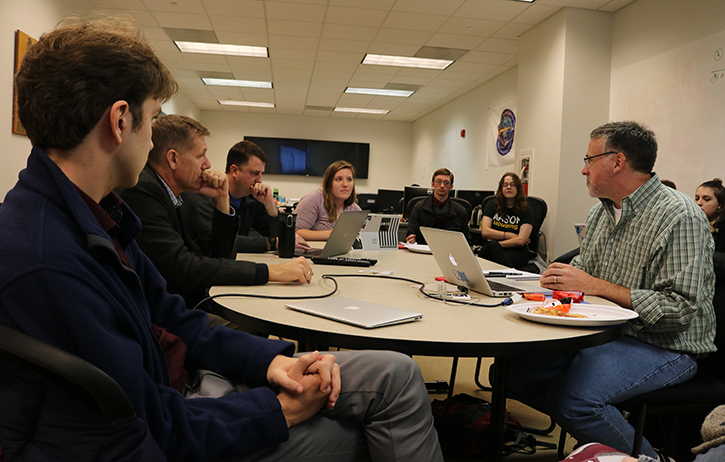