Dialogue & Difference shows religion and politics aren’t off the table 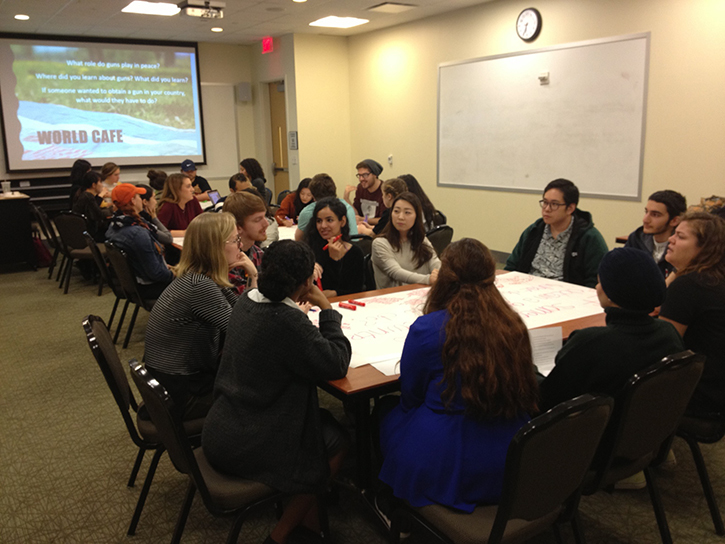 The Dialogue and Difference Project has hosted 74 events since 2008, allowing 42 interns to facilitate dialogues. Photo by Michael P. Smith.

There’s a familiar rule at most family gatherings: Don’t talk about religion or politics.

But for the past 10 years, the Dialogue & Difference class and project at George Mason University have been turning that rule on its head.

“It’s not easy to convince people that on those topics it’s actually possible to have a conversation,” said Mara Schoeny, associate professor at Mason’s top-rated School for Conflict Analysis and Resolution (S-CAR). The course equips students with the skills to have challenging yet considerate conversations and learn from one another, she said.

More than 500 students have taken this course that brings together international and American students to discuss controversial issues. The collaboration makes the class powerful, said adjunct professor Leila Peterson, who runs the course with Michael Smith, an English language instructor from INTO Mason.

“Multilingual students are a rich resource for promoting cultural understanding, but domestic students don't often have opportunities to interact with people from different cultural backgrounds on a deep level,” Smith said. “[This] class creates such opportunities.”

This fall students discussed gun control, immigration, gender equality, the Muslim world in the West and freedom of speech. Each semester the topics change, but the structure remains the same.

Key parts of that include learning how to listen, how to speak up about individual views and ultimately arriving at conversations with a desire to learn instead of debate or win an argument.
“The one thing I really like about this class is that there’s no problem that’s too complex,” said S-CAR senior Kyle Ferris. “If you set up the right conditions and approach it the right way, then you can really have a conversation about things that most people would think are unresolvable.”

Students also learn more about themselves in the process.

“I thought I was a really open-minded person, but in hindsight, I thought so one-sidedly and not dynamically [about the cultures and topics we discussed],” said Nora Malatinszky, a junior at S-CAR. She said learning how to communicate effectively and in a streamlined way is one of her main takeaways from the course.

International students benefit in similar ways, with the added bonus of gaining a stronger mastery of American culture and the English language by taking a course with native English speakers.

For those who want to be part of the conversations but can’t attend the class, a series of dialogues is open to the wider campus community: the Dialogue & Difference Project, which promotes cultural, political, and social understanding much the same as the course does. The project, led by associate professor Patricia Maulden, has organized 74 events since 2008 and has given 42 interns, like 2018 graduate Amadu Koroma, opportunities to facilitate dialogues.

Knowing people can have these difficult conversations in a productive way is a great thing, said Ferris. “It gives you optimism for how to approach conflicts in the future.” 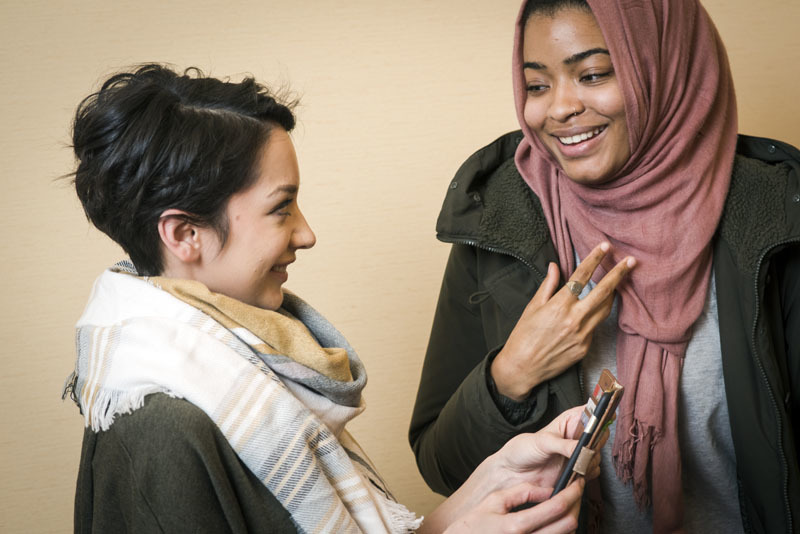 School for Conflict Analysis and Resolution students join INTO Mason students from around the world to discuss race, religion and the U.S. election. File photo by Evan Cantwell.