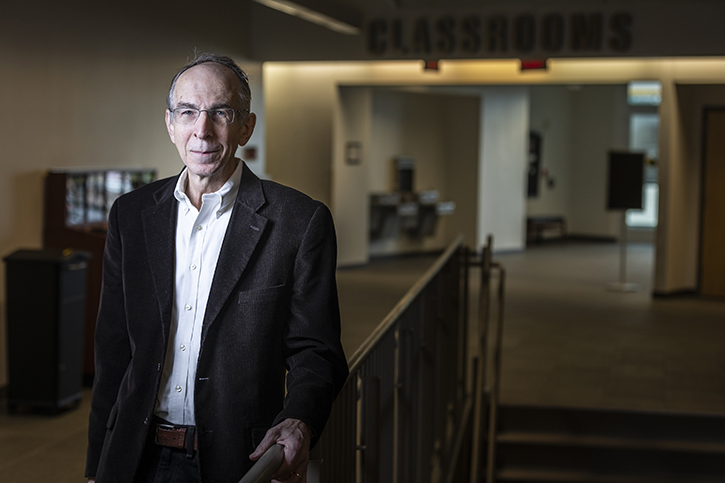 What would it take for one group in a conflict to be more compassionate toward their “enemy”? Researchers from George Mason University’s School for Conflict Analysis and Resolution (S-CAR) and the Department of Psychology are heading to Rondine—a two-year “laboratory for peace”—to find out.

“In [the field of] conflict resolution, there is extremely scant research of the process of positive emotions,” said S-CAR professor Daniel Rothbart. “In particular, nobody in the field has really engaged in depth on the issue of how one party in a conflict can acquire sympathetic understanding of the other [conflict party].”

Intrigued by recent research in social psychology that shows compassion can be induced under certain conditions, Rothbart wanted to fill a gap in a field he feels is intrinsically compassion-centric. So he and his colleagues—professors Thalia Goldstein from the Department of Psychology and Karina Korostelina from S-CAR—designed a way to see if and how people can transform their perceptions of their “adversaries.”

Rondine, based in Tuscany, Italy, is an ideal spot for their research as a program there brings young adults who live in conflict zones—including the Middle East, South America, Africa and Europe—to study conflict resolution together for two years. At three intervals during that time, Rothbart and his colleagues will interview 15 members (ages 18-29) participating in the program and use a psychological measurement to see if they can develop compassion for their adversaries and learn perspective taking—gaining an accurate understanding of another person and being able to walk in their shoes, metaphorically.

“Our primary objective is to discover the preconditions for these two traits in conflict settings,” Rothbart said. Having greater insight into this will allow those preconditions to be used in future conflict resolution interventions by peace practitioners, he said.

Rothbart will also lead a study abroad course in Italy this summer on ethics, international law and human rights.

Rothbart completed the first set of interviews in September, and the team will continue the interviews in 2019 and 2020. Though it’s early in the study, Rothbart said the findings are already intriguing and nuanced.

“There’s a wide range of sentiments,” Rothbart said. “Some people expressed intense hostility for their so-called adversary from their home country…other people seem to express some compassion for them, trying to explain their violence.”

Ziyoda Crew, a graduate student at S-CAR, is assisting with the data gathering by transcribing the interviews.

“It’s been a hands-on experience,” she said, where she learned that even subtle language barriers can easily affect the data.

She also learned interviewing techniques such as avoiding leading questions and being patient so as not to interrupt or influence.

“It’s been very rewarding,” said Crew, who aspires to put her knowledge to use as an ombudsman and help resolve organizational conflicts.

“I hope this study contributes to conflict resolution practitioners so they would strategically foster compassion and include that in their technique, along with other well-known modes of intervention in conflict dynamics,” Rothbart said.