Junior’s internship with the PGA Tour is dead solid perfect 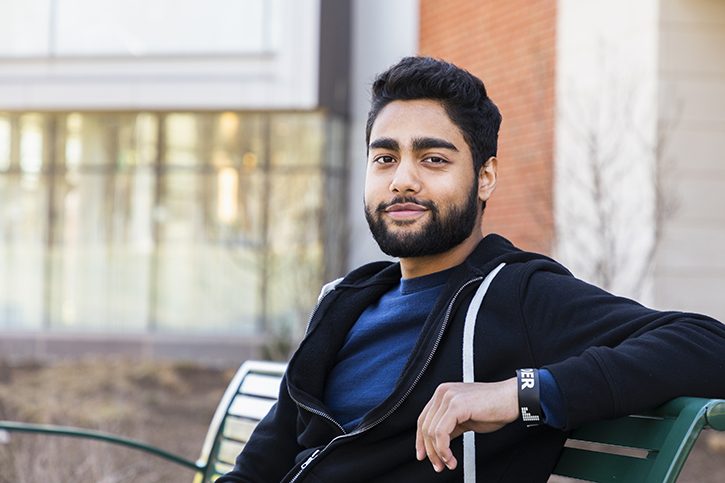 Abiral Pandey's internship with the PGA Tour let him apply what he learned in his accounting classes at Mason. Photo by Lathan Goumas/Strategic Communications.

Abiral Pandey, treasurer of George Mason University’s Tennis Club, had never played a round of golf before he began his internship with the PGA Tour.

But with a sensibility that drives Pandey to, as he said, “get out of my comfort zone,” the junior and finance major embraced his 10-week paid summer internship in Ponte Vedra Beach, Florida, as an exciting challenge.

Pandey worked in the tour’s finance and accounting departments, designing performance analysis reports for senior management and reviewing legal contracts. He said the job was a perfect fit as he was able to apply much of what he had learned in his classes at Mason.

He said he also gained an appreciation for the sports industry and insights into some postgraduation job options, as well as the importance of networking.

“I had a great time learning,” Pandey said. “Being in Florida for the summer with people from all over the world with such different backgrounds working toward a common goal was really cool.”

Pandey was one of only two students chosen from an international pool to work in the tour’s finance department. He said he sought assistance from Career Services in Mason’s School of Business.

Juliann Phan, an internship manager in Career Services, said her office takes a holistic view of students, considering their interests and long-term career goals when helping them secure internships.

“He was prompt and efficient and had a career idea of wanting to be in the finance industry,” Phan said of Pandey. “He was very well career oriented.”

“Career Services really helped—from my resumes, to cover letters, to helping prepare for interviews,” Pandey said. “Mason helps students by creating services like these and events that give us the ability to directly connect with employers, because they know the networking is an important step in landing a competitive job.”

Pandey helped himself as well.

“Everything I learned in my [ACCT 203 Survey of Accounting] course at Mason was directly applicable to my work in the [tour’s] accounting department,” he said. “When I moved to the finance department, I felt more involved and found more projects I could be creative with. I had just started taking finance courses at Mason, so I was able to use my real-world experience from those classes.”

He also got to play golf for the first time.