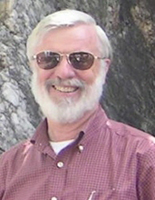 Cóilín Owens, Professor Emeritus of English Literature at George Mason University, died July 9 at his home in Alexandria. He was 76.

He taught Irish literature at Mason for 29 years and published two books on James Joyce: “James Joyce’s Painful Case” (2008) and “Before Daybreak: ‘After the Race’ and the Origins of Joyce’s Art” (2013). He appeared on NPR’s “The Diane Rehm Show” in 2014 on the 100th anniversary of “Dubliners” to discuss Joyce’s legacy.

Owens was active in the local Irish-American community, and  served as chair of the Irish American Cultural Institute, and the Gaelic League. He is survived by his wife, Julianne, sons Seamus (Whitney) and Conor (Amanda) and grandsons Roenn and Arlan.