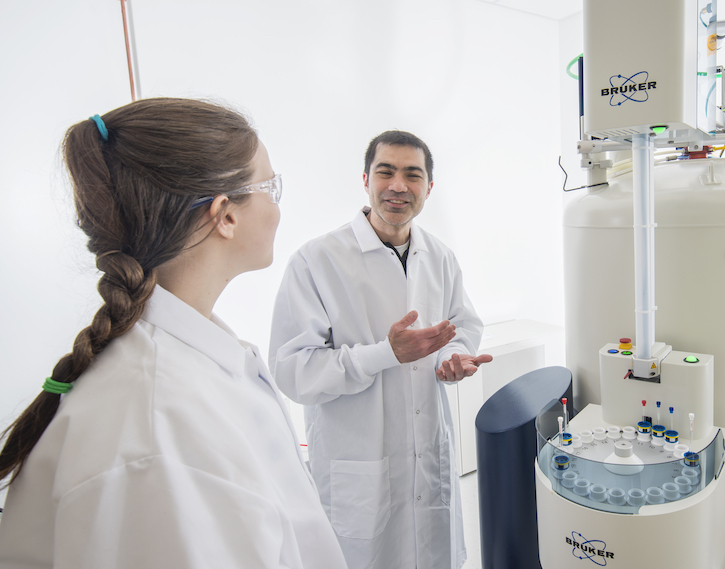 Mason researcher Mikell Paige was one of nine university scientists who shared their work at the Military Health System Research Symposium in August. Photo by Evan Cantwell/Creative Services.

The focus of the conference was on the latest research findings and crafting meaningful partnerships among government, industry and academia to bolster the health of the American warfighter. Many of the Mason researchers in attendance already have collaborations with prominent conference attendees, including the Office of Naval Research, Walter Reed Army Institute of Research, and Henry M. Jackson Foundation for the Advancement of Military Medicine, among others. The conference provided an opportunity for Mason’s researchers to check in with current partners, spark new collaborations and meet others doing similar work from around the world.

“This meeting was a priority for Mason because the military is an important and distinctive group of end-users for our researchers’ findings and inventions,” said Amy Adams, executive director of the Institute for Biohealth Innovation (IBI), which sponsored the attendance of the Mason researchers at the conference. According to the Department of Defense, “the MHSRS is the only military or civilian meeting that focuses specifically on the unique medical needs of the warfighter.”

The following Mason researchers presented their work at the symposium:

Sanja Avramovic, College of Health and Human Services, described a tool for identifying potentially suicidal patients for intervention based on social codes like homelessness and legal troubles in electronic health records.

Nathalia Peixoto, Volgenau School of Engineering, spoke about the concept of replacing expensive and hard-to-access MRI scans with virtual reality tests in patients with schizophrenia and PTSD. She also introduced a new technology based on radio frequency (RF) sensing that could allow the military to detect signs of life through solid walls and under rubble.

Chip Petricoin, College of Science, highlighted new proteins in the saliva that can help researchers detect and monitor traumatic brain injury, which can help the military make return-to-fight/return-to-duty decisions.

Siddhartha Sikdar and Biswarup Mukherjee, Volgenau School of Engineering, described how ultrasound can make the control of prosthetics more intuitive and dexterous by imaging muscle deformation in the residual limb.

Michael von Fricken, College of Health and Human Services, described the results of a disease-carrying tick monitoring program along the Mongolia-China border.

“The Prince William Science Accelerator, which consists of nine wet labs for startup companies, has a strong relationship with the university, and we were happy to support Mason,” Girdwood said. “It is important for the Accelerator startups to understand the military’s unique challenges and to solve these challenges with technology that has broader commercial use.”

The symposium was one of a number of outreach opportunities that the institute takes part in. The IBI will also have a strong presence at the Women Building Bio conference, held in Northern Virginia this month.

“Mason is advantageously situated in the capital region, where we have natural connections with our neighboring biohealth thought leaders, but it is vital to make connections outside of the region as well as within,” said Adams. “We want to make sure our researchers’ contributions to the field are widely known and make ourselves accessible to new collaborators.”