Congrats to @GeorgeMasonU's Dr. Tom Lovejoy, who received the award for "Virginia's Outstanding Scientist" last night! He referred to Mason as a “wunderkind of excellence and diversity.” Not bad props from the Godfather of Biodiversity! @ScienceMusofVA #virginiaSTEMawards pic.twitter.com/WxIJndwVL5

Lovejoy is a superhero who has been sounding the alarm on the devastating impact of global warming for decades. Makes us Patriot Proud @GeorgeMasonU https://t.co/d6O3BY2uls 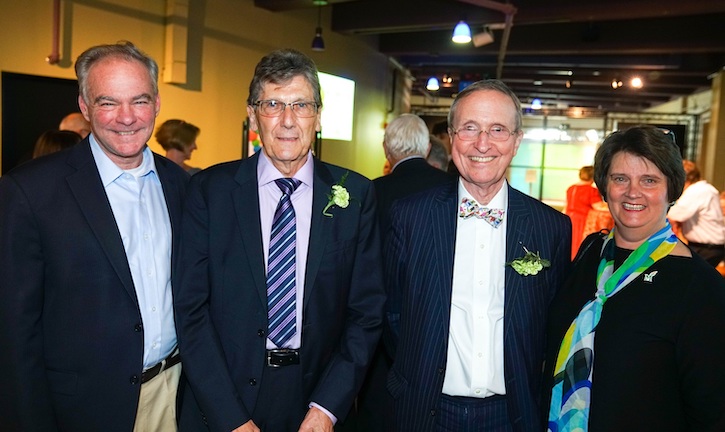 He’s a noted conservation biologist who has served three presidents and coined the term “biological diversity.”

George Mason University’s Thomas Lovejoy has enjoyed a brilliant career that has carried him all over the globe while cementing his status as among the world’s foremost experts on biodiversity within the Amazon. The Commonwealth of Virginia became the latest to formally recognize as much with its decision to honor Lovejoy as one of its two recipients for the 2019 Virginia Outstanding Scientist award.

Lovejoy, a University Professor within Mason’s Department of Environmental Science and Policy and the scientific director for Mason’s Institute for a Sustainable Earth, is the first Mason faculty member to receive the honor, formally presented in Richmond on Thursday. 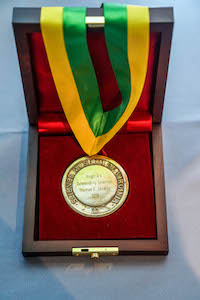 “It’s a great honor to be recognized by the commonwealth and be the first of what I anticipate will be a number of George Mason scientists highlighted in this way,” Lovejoy said recently.

He was among the two state scientists recognized for their “globally significant contributions” to their field, according to an official release.

“Lovejoy was selected for the Virginia Outstanding Scientist Award for being one of the founders of the thriving scientific field of conservation biology and discovering the potentially devastating effects of global warming on biodiversity,” according to a statement from Gov. Ralph Northam.

Lovejoy’s career has been dedicated to conserving biotic diversity to sustain vital ecosystem functions and services. He was recognized with Mason’s Beck Presidential Medal for Excellence in Research and Scholarship in 2018 for his outstanding research and mentorship of the next generation of environmental science and policy leaders.

Lovejoy has been especially outspoken as of late in the wake of the uncontrolled fires raging in the Amazon, pointing out the region’s critical role in the fight against global climate change and its significance as the planet’s largest home to biodiversity.

The Amazon is home to trees that release oxygen while annually taking in as much as 2 billion tons of carbon dioxide, the greenhouse gas that contributes to global warming. The region is also home to about 20 percent of the earth’s plant species, many of which are found nowhere else.

Lovejoy has long been a noted leader in a growing movement to preserve the Earth for future generations that reached unprecedented levels of public awareness with last week’s global climate strikes and this week’s climate-related meetings at the United Nations in New York.