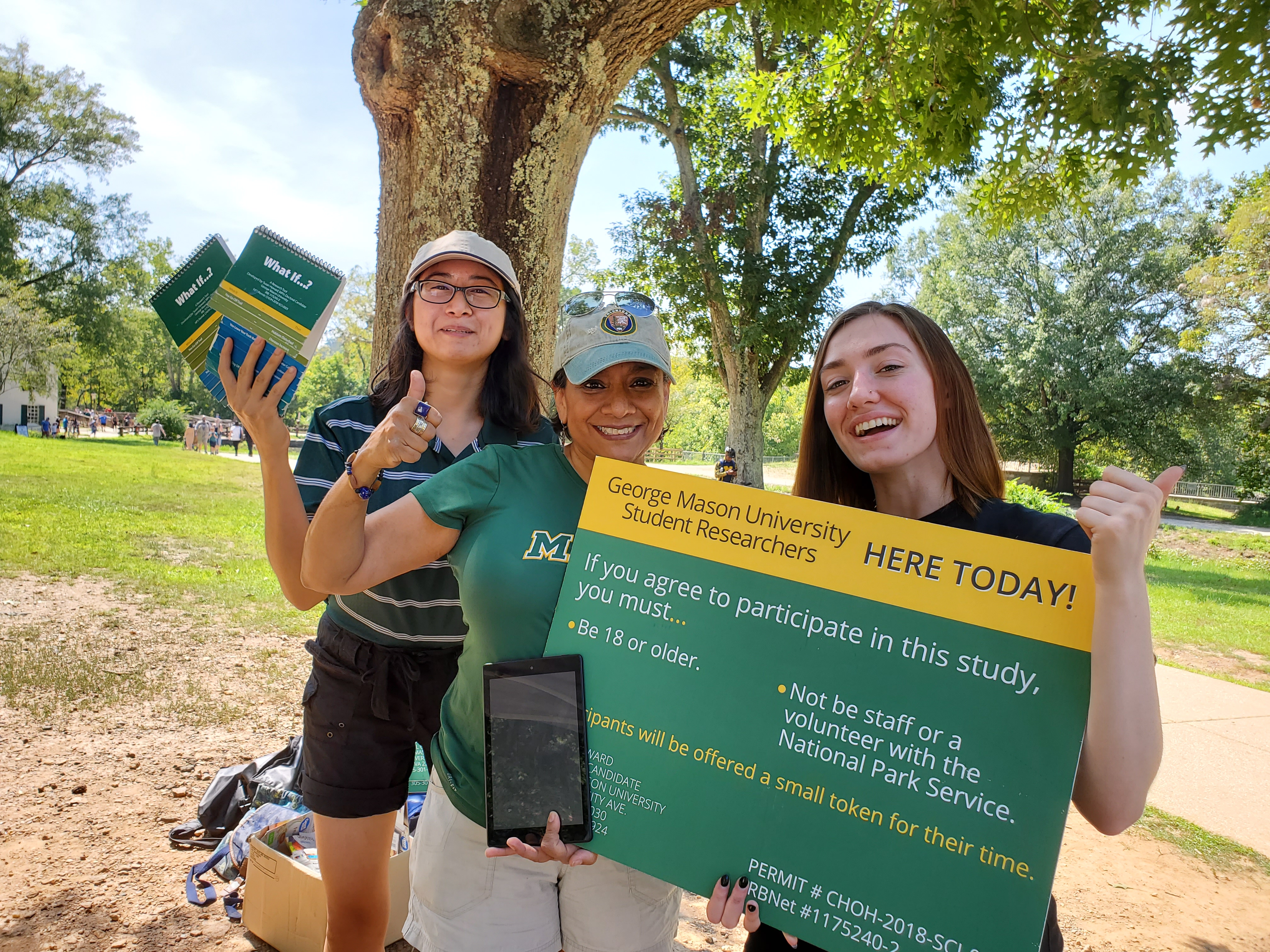 Susan Howard knows that one seemingly small decision can have big consequences. That’s why the George Mason University doctoral candidate is designing and testing a variety of educational tools to help national park visitors understand the importance of following the rules. ​

Over the summer, Howard, who is working on a PhD in the environmental science and policy, and her team have been gathering data in the Great Falls National Park in Maryland to test whether people learn better through video games, rather than from traditional videos or flipcharts. ​

Through a video game, Howard can show people how a seemingly harmless action can have major consequences and immediately give feedback on right or wrong answers. Over the summer, the team collected about 1,200 interviews. 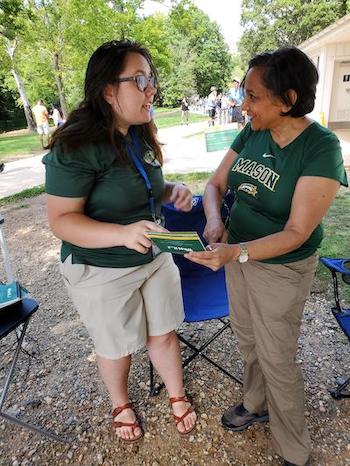 Howard’s instructional design approach focuses on the three human behaviors that contribute to disease emergence in the parks: Going off trail, letting a dog off leash and littering. Going off trail, for instance, can disrupt predator-prey relationships. An example of this in Virginia, Howard said, is the relationship between the carrier for the bacteria for Lyme disease, the white-footed mouse, and its predators, foxes and hawks, which can be easily scared off by hikers.

Dylan Donlon-Moyer is the research coordinator and a recent Mason graduate of the Honors College and Communication Department. She said that one surprise from the study was how kids were learning about the environment and safe hiking habits from their parents’ participation in the study.

"Little kids will come and sit on their parents’ lap or lean over their shoulder and ask what they're doing, and the parents talk to them as they are reading through,” said Donlon-Moyer.

Howard has been teaching as adjunct faculty at Mason since 2013 and last year was appointed to the position of term faculty in health, medicine and society in the School of Integrative Studies, part of the College of Humanities and Social Sciences. Her volunteer work with the National Park Service helped spark her research interests into the link between human behaviors and what she calls “self-inflicted harm.”

Roughly five years ago, while volunteering at Great Falls National Park, Howard received an alert that there was a rabid buck in the park that charged at a park ranger. Howard asked in a meeting how the deer might have gotten rabies in the first place.

The answer was complex: The deer likely contracted rabies from rabid raccoons, which were captured in Georgia and released in Virginia in 1976 by hunters for sport. Ultimately, said Howard, humans are responsible for the spread of rabies in raccoons in the DMV area that may have led to that deer contracting it.

"If it hadn't been for that rabid deer, I wouldn't be in this doctoral program, and I wouldn’t be exploring what are the human behaviors that put in motion triggers of disease emergence,” said Howard. 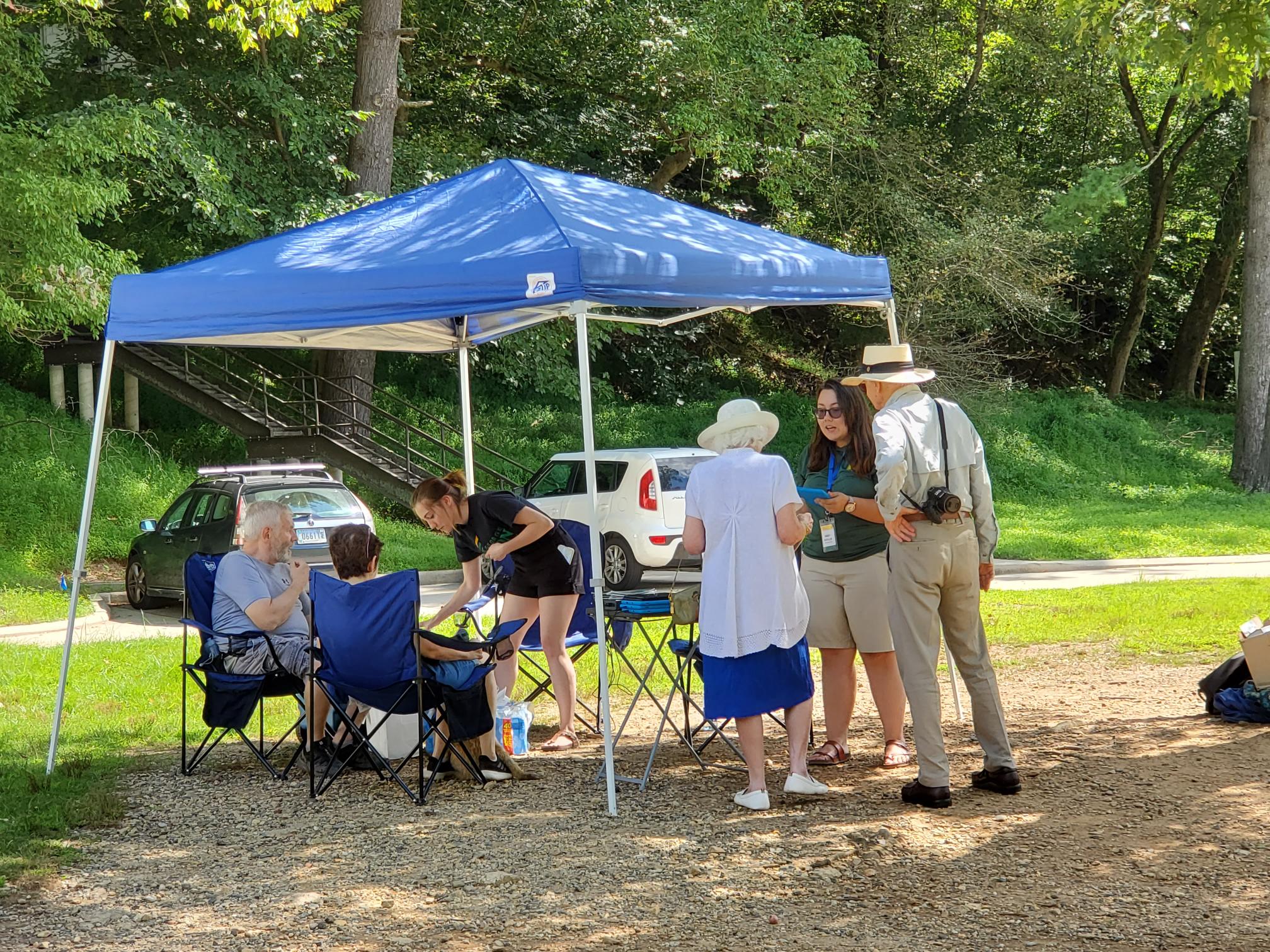 The team's base camp at Great Falls National Park in Maryland. Photo provided.