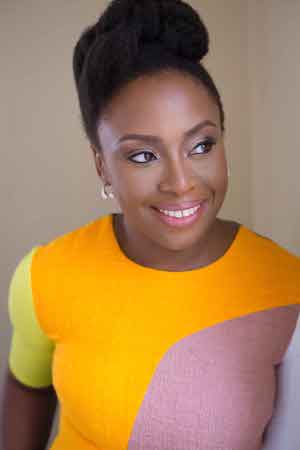 In her first Freedom and Learning Forum, George Mason University president Anne Holton sits down with award-winning author Chimamanda Ngozi Adichie on Friday, Oct. 11, at 12:30 p.m. in the Center for the Arts on the Fairfax Campus.

The two will be discussing Adichie’s book “We Should All Be Feminists,” which was chosen for this year’s Mason Reads program. The book is taken from Adichie’s 2012 TED talk of the same name and has a started a worldwide conversation about feminism in the context of inclusion and awareness. She makes a case for feminism as an issue that affects everyone.

With Mason Reads, all incoming freshmen received Adichie’s book and are encouraged to attend the on-campus discussion. Reading the book is only the first part of this program. Over the course of the year, students will also see the book used at different events and incorporated into classroom activities.

Along the same lines, the Freedom and Learning Forum allows for the campus community to engage in an interactive dialogue with the university president and a thought leader from around the world. The forum also allows for dialogue on difficult topics that increase understanding.

Adichie grew up in Nigeria. Her work has been translated into more than 30 languages and has appeared in various publications. She is the author of the novels “Purple Hibiscus,” which won the Commonwealth Writers’ Prize and the Hurston/Wright Legacy Award; “Half of a Yellow Sun,” which won the Orange Prize and was a National Book Critics Circle Award finalist and a New York Times notable book; and “Americanah,” which won the National Book Critics Circle Award and was named one of the New York Times Top Ten Best Books of 2013.

This program is sponsored by Fall for the Book, Mason Reads, the Leadership Education and Development (LEAD) Office, and the President's Office.