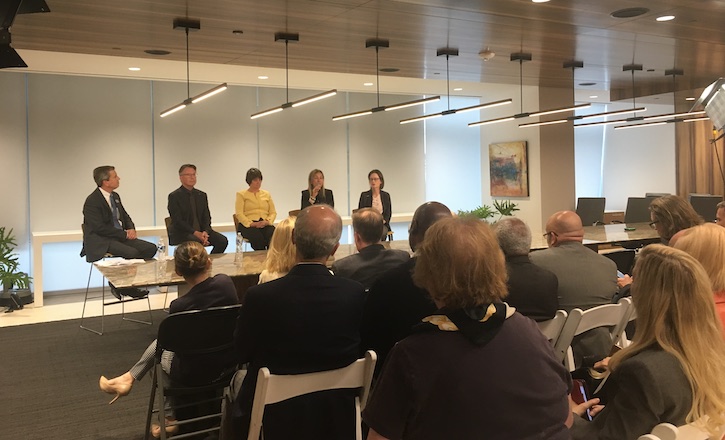 The panel was moderated by Richard “Rip” Sullivan, who serves in Virginia’s 48th District in the House of Delegates, which covers parts of Arlington, and who is also a shareholder of law firm Bean, Kinney & Korman.

"We produce the highest volume of tech talent in the Commonwealth [of Virginia] already, and we're right here in Arlington's backyard,” said Holton. “We're very excited to be partnering with Virginia Tech and the commonwealth as we work to upscale the tech talent workforce—not solely for Amazon but really for the whole Northern Virginia tech industry."

Holton also spoke about the future of Mason’s Arlington’s Innovation District, which will include the new School of Computing, and will also house entrepreneurial work spaces and dedicated collaborative research spaces.