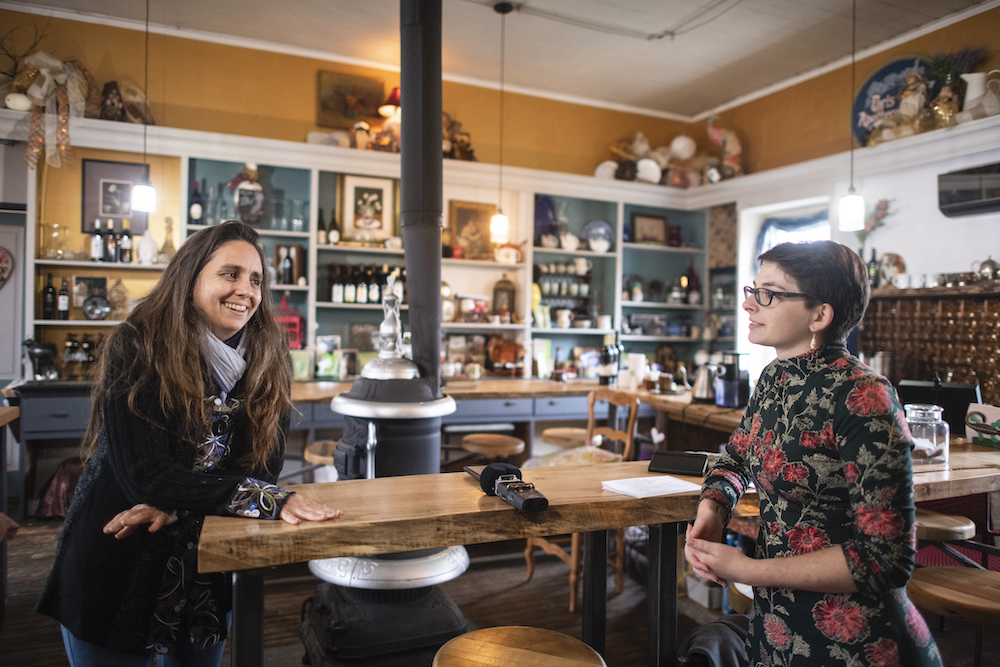 American ginseng has been nicknamed “green gold” for good reason. The root that grows wild across the Appalachian Mountains can fetch more than $500 per pound and has been used medicinally for generations to support everything from brain function to the immune system.

Through the Smithsonian-Mason School of Conservation (SMSC), junior Maya Prestipino has been researching conservation practices surrounding the harvesting and selling of the protected plant species. Due to loss of habitat and a limited harvesting season, ginseng is listed as threatened under Virginia’s Endangered Plant and Insect Species Act.

“I care about the way people care about things,” said Prestipino, who hails from Star Tannery, Virginia, in southwestern Frederick County, part of the ginseng region. “Within the world of conservation, a big problem is that there’s a lot of science going on, but it’s not getting to the people in a way that is integrating them—conservation can’t be accomplished like that.” 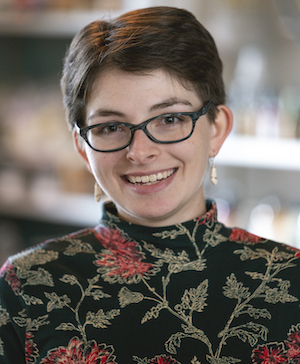 Maya Prestipino has been researching conservation practices surrounding the harvesting and selling of wild ginseng.

Since November, the integrative studies student has been reaching out to harvesters, sellers and other people with a connection to ginseng to learn more about the cultural dynamics and conservation practices surrounding the root, as well as problems they face, such as illegal poaching and stealing.

Finding people who harvest the plant in the wild can be challenging, as protecting one’s “hunting grounds” often means being secretive about it, Prestipino said.

Fortunately, many people are involved in the plant’s conservation and use in Virginia. Through online research and in-person networking with the guidance of Betty Belanus, Prestipino’s project mentor and Education Specialist and Curator for Smithsonian’s Center for Folklife and Cultural Heritage, Prestipino has been able to make connections to gather data.

One of those was United Plant Savers Executive Director Susan Leopold. Prestipino interviewed her at her apothecary in Paris, Virginia.

“Susan’s perspective was extremely valuable to better understand the scope of actions that can be taken to better benefit people and ginseng,” Prestipino said. “It became clear to me that the human aspect is just as important as the species aspect, and that culture has a major stake in how we can and should interact with the Earth.” 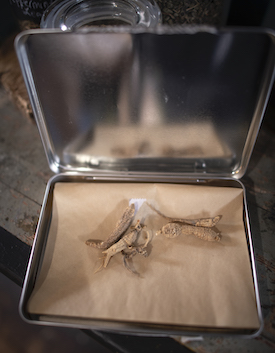 Wild ginseng at the Paris Apothecary.

Key findings from Prestipino’s research may be published in a blog for Smithsonian, and will be shared as part of the 2020 Smithsonian Folklife Festival’s Conservation Commons program, Belanus said.

Despite the secrecy surrounding traditional ginseng harvesters, Prestipino said this is an important group she would like to research further.

“As humanity has grown, connectivity has produced a huge amount of innovation,” Prestipino said. “Connecting people to each other, especially in the ginseng community, would have huge benefits because a lot of them care already about preserving the species.”

“What has impressed me about Maya so far is her interest in and commitment to conservation of the natural world,” Belanus said.

Prestipino aspires to use her degree to help involve people in nature and support conservation, she said. She believes her time at Mason and SMSC will be instrumental in that goal.

“Not only do you learn a lot of very useful skills [at SMSC], but you also forge a lot of connections with the students and professors,” Prestipino said. “My favorite thing about the whole institute and the people that work there is that they have this attitude where everyone is open to learning.”