Using public funds for religious schools is permissible under law, but it would have consequences, Mason expert says 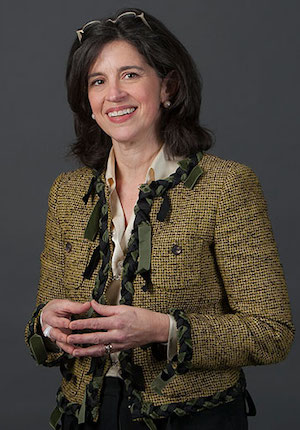 On Jan. 22, the Supreme Court heard arguments for Espinoza v. Montana Department of Revenue, a case that arose after mothers at a Christian school sued in 2015, arguing that excluding religious school students from a state scholarship program that helped pay tuition violated their right to free exercise of religion. According to TIME Magazine, the case could be a landmark one that blurs the line between church and state.

But a separation of church and state is not mentioned in the First Amendment; the phrase was used in a letter by Thomas Jefferson and is not binding law, Alvaré said.

The amendment “instead promises nonestablishment of religion and the free exercise of religion,” she said. “There is no reason why a state may not assist—directly or indirectly, as this tax credit scheme does—all state-accredited schools, which include both religious and nonreligious schools.”

This would not “establish a religion, but only recognize that there are different kinds of families in the state—some who want religion to inform their children’s education and some who do not,” Alvaré said.

It is problematic to target religious schools for exclusion, despite the parents’ involved being tax-paying citizens, Alvaré said.

Even though using the funds for religious schools is technically permissible, doing so could lead religious schools to have to compromise on aspects that make the schools religious to begin with, and that would not be ideal, Alvaré said.

“In the case of Catholic and other Christian schools, they are based upon a theology that requires that employees and students ‘witness Christ’ to one another in their words and deeds, and that school operations conform to all that is required to ‘love God and one another,’ according to Jesus’ first commandment,” Alvaré said. “States’ employment and operations laws are increasingly running counter to what Christian community requires, so I do worry about the possible demands a state might make on religious schools.”

An example of one of those worries was funded books. In one case, when states began paying for schoolbooks in religious schools, the books informed by religious perspectives or published by religious publishing houses disappeared, Alvaré said.

That compromise might be a hefty price to pay for state aid, Alvaré said.