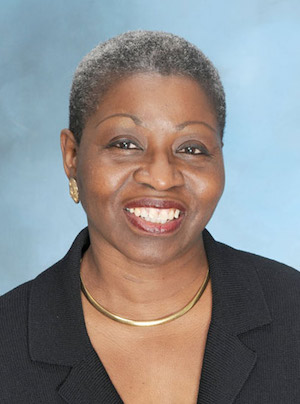 It is also a homecoming of sorts for this year’s guest speaker. Marilyn Mobley, who will speak on the topic “An Intersectional Mixtape: Lessons Learned from a Black Woman Scholar in the Academy,” helped found the African and African American Program in 1991 and served as its first director while she was an associate provost at Mason.

A Toni Morrison scholar and former president of the Toni Morrison Society, Mobley is currently a professor of English at Case Western Reserve University, where she served as the first vice president for inclusion, diversity and equal opportunity until 2018.

“Dr. Marilyn Mobley embodies the spirit of Sojourner Truth and the best of both programs,” said Manuel-Scott. “She is a powerful example of what it means to embody a bridge pedagogy as an intersectional scholar and transformational administrative leader.”

Mobley is not the only “foremother” expected to attend. Angela J. Hattery, director of the Women and Gender Studies Program, said:  “We will be honoring the founder mothers of WGST and all who have served as directors and associate directors and on the faculty.”

Several years ago, Manuel-Scott and Hattery expanded the event to honor local community organizations that are doing work that is in the spirit of Sojourner Truth. This year, organizers will also be honoring the Virginia-based Women Orthopaedist Global Outreach, which works to transform lives in under-served global communities.