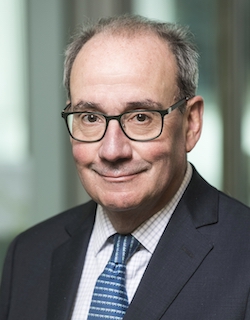 In a paper published online March 18 by The FEBS Journal, George Mason University researchers Jim Olds and Nadine Kabbani warn that prior nicotine exposure can be linked to cardiopulmonary vulnerability to COVID-19.

Using data and research from the 2002 severe acute respiratory syndrome (SARS) outbreak, the team predicts that individuals with nicotine exposure are “primed” to be at higher risk because nicotine can directly impact ACE2, a protein receptor on the surface of human cells that COVID-19 uses to infect cells, which leads to lung cell damage.

“Smoking history is germane to how the disease will present in patients,” said Olds, who is University Professor of Neuroscience and Public Policy at the Schar School of Policy and Government. “Understanding the symptoms is important for early detection and management. Asymptomatic individuals may also be at some risk that we still don't understand.”

“Prolonged nicotine exposure systemically—through various kinds of smoking habits—may thus provide a cellular mechanism for susceptibility to the virus and impact illness severity,” she said. “The activation of nicotinic receptors by smoking is coupled to how the host receptor for the virus, ACE2, is distributed on lung epithelial cells.” 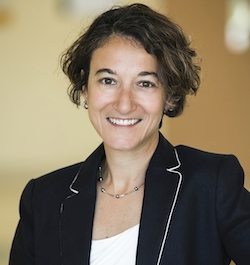 In their paper, Olds and Kabbani also include a figure showing the World Health Organization’s data on global smoking prevalence and the percentage of smokers in the overall population, segmented by country. Several smoking “hot spots,”  including China, South Korea and Italy, were early epicenters for COVID-19.

“If our hypothesis is correct, nicotine consumption in Latin America and Africa predict future health challenges for at-risk populations as the epidemic proceeds,” said Olds. “This is a new and evolving situation, and we need to be highly vigilant on many fronts.”

Olds’ research is at the intersection of AI and macrosystems biology and is supported by the USAF. From 2014 to 2018, he served as head of the Biological Sciences Directorate at the National Science Foundation (NSF). While there, he was also NSF lead for President Obama’s White House BRAIN project, deputy lead for NSF on Vice President Biden’s Cancer Moonshot and co-chaired the White House Life Sciences Subcommittee of the National Science and Technology Council.

Kabbani’s research focuses on molecular mechanisms of receptor-drug interactions, the nicotinic receptor system in particular, and as it relates to brain development, nerve regeneration, and diseases such as addiction. She is interested in the implications of emerging science technologies and implications of science on public policy. She served as an AAAS Science and Technology Policy Fellow in 2018.

Jim Olds can be reached at jolds@gmu.edu.

Nadine Kabbani can be reached at nkabbani@gmu.edu.

George Mason University is Virginia’s largest public research university. Located near Washington, D.C., Mason enrolls 38,000 students from 130 countries and all 50 states. Mason has grown rapidly over the past half-century and is recognized for its innovation and entrepreneurship, remarkable diversity and commitment to accessibility. Learn more at www2.gmu.edu.