What does it take to understand global terrorism? This Mason team is finding out. 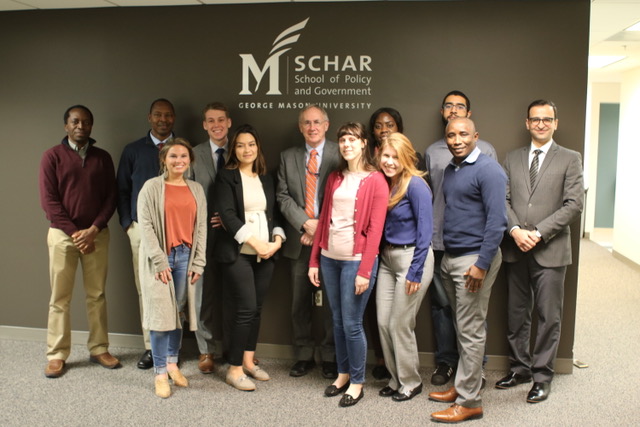 To defend against terrorism, you have to understand it. Thanks to more than a dozen students, alumni and faculty at George Mason University working on a digital terrorism database, everyone from policy makers to researchers around the world will be a step closer to that goal.

“There are many other databases focusing on [terrorism], but very few have the international reach that we do, most of them are regional or country-specific,” said Vincent Nicosia, a 2019 alumnus of the Schar School of Policy and Government who is working on the database at the Terrorism, Transnational Crime and Corruption Center (TraCCC).

Since the early 1990s, the U.S. Congress has mandated that the State Department produce a report on global terrorism. Part of that includes keeping a database of every terrorist incident around the world, said TraCCC Deputy Director Judith Deane.

Development Services Group Inc. (DSG), partnering with Mason, was awarded the five-year contract from the State Department in August 2018 to work on the reports. Mason hires and trains the multilingual data analysts who interpret, categorize and enter the information, while DSG produces a statistical annex based on the data, Deane said.

Mason’s team complements DSG’s automated open-source information gathering, by analyzing the incidents to ensure the data is as accurate as possible. It’s an innovative approach, Deane said, and unlike most other data collection efforts, the Mason team collects up to 52 attributes for each incident, including facts on the perpetrators, targets, victims and weapons. 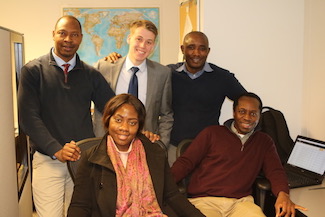 Many students have cultural and historic understandings of the countries they work on, as they’ve lived in the regions and can speak the languages, Cengiz said. All have studied terrorism or counterterrorism.

The diversified staff and their expertise help ensure the database is not overly U.S.-centric in its interpretations, which had been a critique of the database before it was in Mason’s hands, Deane said. There are also members, such as 2017 Antonin Scalia Law School alumnus Haider Semaism, who have been personally affected by terrorism.

The database also looks at trends over time. For some students, the findings have been surprising.

“There’s a lot of different security issues that I wasn’t aware of before,” Nicosia said. “There are hotspots in areas like Chile and the Philippines; most people in the United States would probably imagine terrorism is a Middle Eastern phenomenon, but it’s truly a global issue.”

Being near the hub of U.S. government and policy also allows students to learn from experts who have visited as guest speakers. This semester the team heard from leaders, including former military advisor to the president of Bangladesh General Munir Munirizzaman Ret, former deputy director of the National Counterterrorism Center Russell Travers and former acting and deputy director of the CIA Michael Morell, who is also a Schar School Fellow.

“These are some of the same people who are going to be looking at the data when it’s published,” said Caitlin Ford, who earned her bachelor’s in December and returned to Mason for her master’s in public policy. “It’s helpful to get multiple points of view so that we can be as objective and well-rounded as possible.”

“For education and professional growth, this is the place to be right now,” said Vladimir Semizhonov, an international security graduate student originally from Kazakhstan. “It has to do with phenomenon that stands very tall in the political and global agenda, and is not a purely academic exercise.”

In addition to learning more about counterterrorism, their efforts have global value.

“It makes me even more proud to be an American knowing that we are helping combat [terrorism] and that possibly one day we don’t have to have a database for this,” Ford said.