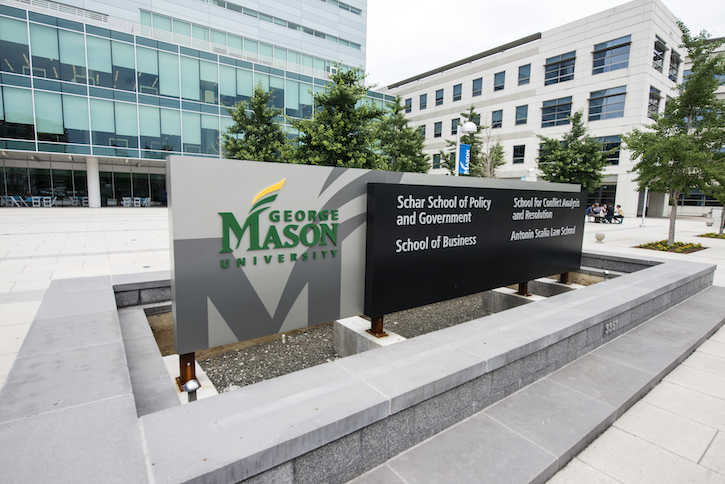 George Mason University officially kicked off the Institute for Digital InnovAtion (IDIA) on June 23, hailing the newest of its collaborative-based, university-wide institutes as the kind of modern solution the world needs to address its many complex problems.

Mason President-designate Greg Washington told the 205 participants in the virtual event that he foresees “an unlimited host of opportunities” for Mason as the IDIA is well placed to make difference in critical areas such as climate change, water security, infectious disease and many other issues.

“We need centers and universities that are able to engage and deal with these constructs head on, to not be confined by the structures that academic departments  and entities currently have,” said Washington, who officially assumes his new role on July 1.

They explained the multidisciplinary approach the institute will employ, spanning all of Mason’s 10 colleges and schools, before taking questions for nearly 30 minutes.

“IDIA gives us another opportunity to prevent the silo-ing of disciplines,” Ginsberg said, “because in today’s world, it is absolutely counterproductive and counterintuitive to approach any of these complex problems from a singular perspective. If we’re going to address and solve some of the most vexing challenges we face as a society, as a nation, and as a world, it’s going to be by thinking crossways and sideways, not linearly. This is a great opportunity. I think Mason is one of the places in the nation where that can be done with great success.”

The IDIA will include more than 300 faculty, more than 1,000 students and, at its launch, incorporates more than $100 million annually in research and scholarship funding, Crawford said. The institute’s mission is to “shape the future of digital society while promoting equality, well-being, security and prosperity.”

Many of those at the launch event were faculty members, with some corporate partners and members of both Mason’s Board of Visitors and the Board of Trustees also present, Crawford said. There are plans to have an additional event in the fall or winter for all internal and external stakeholders.

“The launch was designed to really engage our faculty since, collectively, they form the mind, heart and soul of the institute, just as they do for the university,” Crawford said.

Work under the IDIA banner has already begun on Mason’s three campuses, and a new state-of-the-art headquarters on the Arlington Campus is expected to be completed by Fall 2025, Kissal said.

The roughly 500,000-square-foot facility will transform the university’s Arlington Campus while serving as a hub of innovation for the bustling Rosslyn-Ballston corridor. The new building will house some of the research and graduate education programs of Mason’s computing, law, business, public policy and engineering units, as well as the programs of the university’s private- and public-sector partners.

Mason first announced plans in late 2018 to transform the Arlington Campus in conjunction with Amazon’s decision to locate Amazon HQ2 in Arlington. The university has pledged to invest more than $360 million over the next five years to grow the number of students graduating from computing programs, hire new faculty and expand research and innovation in high-tech fields to support inclusive economic growth and prosperity.

“Students in the future will choose a university based on lifetime opportunities and geographic reach,” Kissal said. “It is our hope that the Arlington IDIA project will actually meet these needs for our students, faculty, staff and for the Northern Virginia community.”