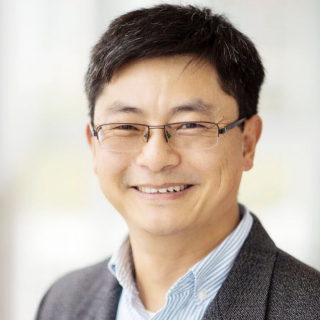 A massive Saharan dust storm is expected to settle upon the United States, and George Mason University’s Daniel Tong says the rare phenomena is indicative of the greater danger facing humanity in the ability of dangerous microbes to make their way around the globe.

“The long-range transport of large dust particles highlights the capability of the atmosphere to serve as a vehicle to move microbes around us,” said Tong, an associate professor of atmospheric chemistry and aerosols in the Department of Atmospheric, Ocean and Earth Sciences within Mason’s College of Science.

The nearly 5,000-mile mass of dry and dust air originated in the Saharan Desert and is expected to descend on the U.S. Gulf Coast, spanning from Texas to the Florida Panhandle before eventually being pulled perhaps as far north as Washington, D.C. The storm is expected to cause deterioration in air quality while turning the sky a milky white.

Storms of this nature typically form every few days from late spring to early fall, peaking in late June to mid-August, according to the National Oceanic and Atmospheric Administration. This particular event stands out because of its thickness, low altitude and vast geographic reach.

The dust particles within the storm could prove problematic for older people and those with respiratory issues, and greatly exacerbate the spread of microbes that cause meningitis in Africa and Valley Fever in the southwestern United States, Tong said.

“Dust particles are not only soil dirt, but a mixture of many small particles, including microbes,” he said. “Meningitis and Valley Fever, just like COVID-19, are linked to human exposure to microbes that we know so little about.”

Daniel Tong can be reached at qtong@gmu.edu.

About George Mason
George Mason University is Virginia’s largest public research university. Located near Washington, D.C., Mason enrolls 38,000 students from 130 countries and all 50 states. Mason has grown rapidly over the past half-century and is recognized for its innovation and entrepreneurship, remarkable diversity and commitment to accessibility.