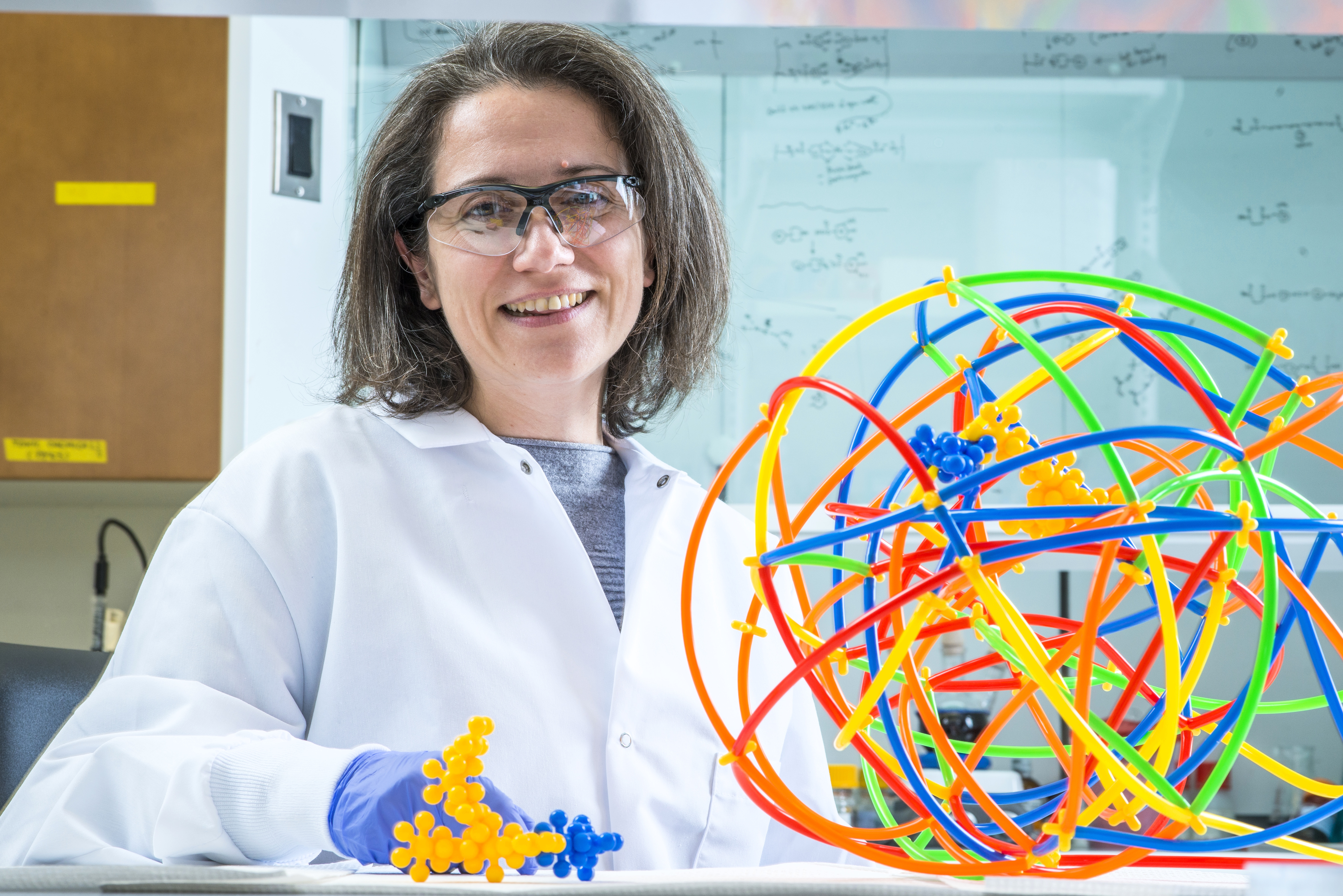 George Mason University scientists Alessandra Luchini and Lance Liotta head an international team that has developed a urine test that can detect tuberculosis in many types of patients, but is especially effective in children.Photo by Evan Cantwell/Creative Services.

A team headed by two George Mason University scientists has developed a urine test that detects tuberculosis in many types of patients, but has proven especially effective in children.

The groundbreaking test can work anywhere in the world and can accurately detect tuberculosis lung infection, even in absence of HIV co-infection. During a new clinical study involving 430 tuberculosis patients and controls from five different countries, Alessandra Luchini,  Lance Liotta  and their team discovered novel kinds of tuberculosis markers that reached high levels of sensitivity and specificity to meet World Health Organization (WHO) criteria.

The test proved especially effective in diagnosing tuberculosis in children, where it is especially lethal when unidentified and untreated. The researchers recently presented their data in a paper published in the August 18 issue of the journal Science Reports.

“Untreated children have a high mortality rate and are responsible for spreading the disease,” said Luchini, an associate professor within Mason’s Center for Applied Proteomics and Molecular Medicine (CAPMM) within the College of Science. “A urine test is a very simple solution that can be deployed in developing countries.”

The urinary markers identified by the researchers were able to correctly detect the disease in patients affected by tuberculosis infection of the bones, the larynx, and the brain and surrounding membranes, which usually require sophisticated and very invasive diagnostic techniques.

Tuberculosis diagnosis in children currently requires sophisticated hospitals and very invasive procedures such as lowering a string into the child’s throat. Not even these techniques always provide a conclusive diagnosis, Luchini said.

The researchers have identified a new type of biomarker that has high selectivity for children. Their urine-based test targets a molecule that derives from the surface of Mycobacterium—the microorganism that causes the disease—and can be used to directly monitor the presence of the microorganism in the body.

Additionally, this study was the first to define a relationship between diabetes and tuberculosis, suggesting that sugar composition of the tuberculosis bacterium cell wall is altered in diabetic patients.

“Tuberculosis is a deadly disease, particularly in children,” said Liotta, a University Professor and the co-director of CAPMM. “The number of patients we could help by an early urine diagnosis is in the millions.”

The study was conducted on a large number of patients living in Guinea Bissau, Uganda, Peru, Venezuela and the United States, and defined the criteria needed for a worldwide test.

Tuberculosis remains the world’s top infectious killer, with 10 million people annually falling ill from the disease and 1.5 million dying, according to the WHO. It’s the leading cause of death of people with HIV.

College of Science Dean Fernando Miralles-Wilhelm lauded the Mason researchers and their team for the partnerships that made the medical advance possible.

“Our infectious disease experts are diligently working to solve the world’s toughest public health problems, including cancer, COVID-19, HIV and tuberculosis,” he said. “We appreciate the partnerships with NICHD and organizations that prioritize child health to allow our scientists to pursue these global breakthroughs. This proven TB testing method indicates that together we are making significant progress.”

Luchini, Liotta and their team drew international headlines more than two years ago following their publication in Science Translational Medicine describing the use of nanotechnology to measure a sugar molecule in urine that identified active tuberculosis with a high degree of sensitivity and specificity, particularly in patients who were not co-infected with HIV.