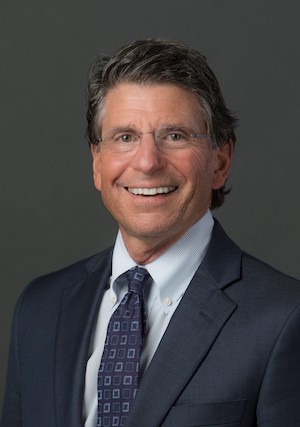 The Board of Visitors approved the hire at their Oct. 1 meeting.

“Ken Randall is a proven leader who embodies the spirit of George Mason University,” said Mason President Gregory Washington. “He brings a commitment to ideas, faculty diversity and a proven ability to attract a wide range of students. We are excited to welcome him to Mason Nation.”

During his time as dean, Alabama’s U.S. News ranking soared from 96 to 21, the greatest jump in the history of U.S. News’ law school rankings. Also, under his watch, Alabama similarly improved its U.S. News Peer Reputation more than any other law school.

Beyond his academic legacy, Dean Randall has also been a successful entrepreneur. In 2013, he founded iLaw Distance Education, which has become a market leader in distance education, partnering with nearly 25% of all law schools. In 2017, iLaw was acquired by BARBRI Holdings, through Leeds Capital (NY). Dean Randall’s expertise in this field is vital at a time when the pandemic has made it necessary to educate students both online and in the classroom.

Dean Randall holds a doctorate and master’s degree concentrating in international law from Columbia University; a master’s in law from Yale University, and juris doctor from Hofstra University.

“This is a strategic hire at an important moment for our law school and university,” said Mark Ginsberg, Mason’s provost and executive vice president. “Dean Randall is an independent thinker with an impressive track record. He will take the Scalia Law School to new heights.”

Scalia Law is consistently ranked among the top law schools in the nation, currently ranked by U.S. News & World Report at 42 for its full-time program and 4 for its part-time program. It is strategically located in Arlington, Virginia, and has consistently placed students and graduates in clerkships, on key Senate and House Committees, at federal agencies and at top law firms.

“I am thrilled and honored to be the next dean of the Antonin Scalia Law School,” said Randall. “I admire Scalia Law’s entrepreneurial spirit and its commitment to intellectual diversity. In the spirit of Antonin Scalia, this school encourages the robust and respectful debate of ideas, and that makes it unique among law schools.”

The political, economic and social climate will only increase the tremendous demands for legal scholars and first-rate law school graduates. Randall’s experience and vision will help guide the law school during this critical time.

“In a pool of talented national candidates, Ken Randall stood out for his impressive track record leading a top law school for more than two decades, his independent thinking and his ensuing career as an entrepreneur,” said search committee chair and Schar School of Policy and Government Dean Mark J. Rozell.

Henry Butler, who led record-breaking fundraising at the law school during his five-year tenure, will remain on the faculty as executive director of the law school’s prominent Law & Economics Center.