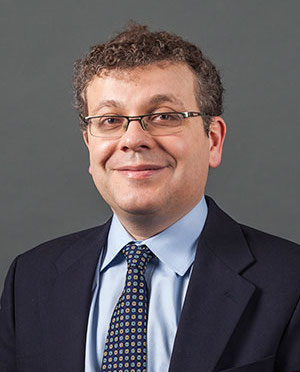 Ilya Somin, a law professor at George Mason University’s Antonin Scalia Law School, warns that if Republicans in the Senate rush through its nominee for the U.S. Supreme Court, they risk Democrats packing the court should the Senate flip and Democratic presidential nominee Joseph Biden win in November.

“If a Supreme Court justice is pushed through, there will be a lot of pressure on the left to do something about what will then be a 6-3 conservative majority,” Somin said. “I’m proposing that the Senate hold off on voting on the replacement for Justice Ruth Bader Ginsburg until January 20, and in return, Democrats agree not to pack the Supreme Court.”

Somin’s research focuses on constitutional law, property law, democratic theory, federalism and migration rights. He notes that Republicans have a large incentive to push for quick confirmation before any possible change to their majority in the Senate and a possible Biden win. But, he warns, that action could motivate Democrats, should they win back the Senate and the presidency, to pack the Supreme Court with as many as 13 justices to create a liberal majority.

Biden has not commented on whether he supports calls to pack the Supreme Court, but has previously said he opposes the idea.

“It’s bad to have the concept of packing the Court to become part of the mainstream conversation,” said Somin, author of the recently published book “Free to Move: Foot Voting, Migration, and Political Freedom.”

“You might end up confirming a person with a serious problem that we find out only after the fact,” Somin said. “That’s why it’s important to have a thorough screening process.”

To reach Ilya Somin directly, email him at isomin@gmu.edu.