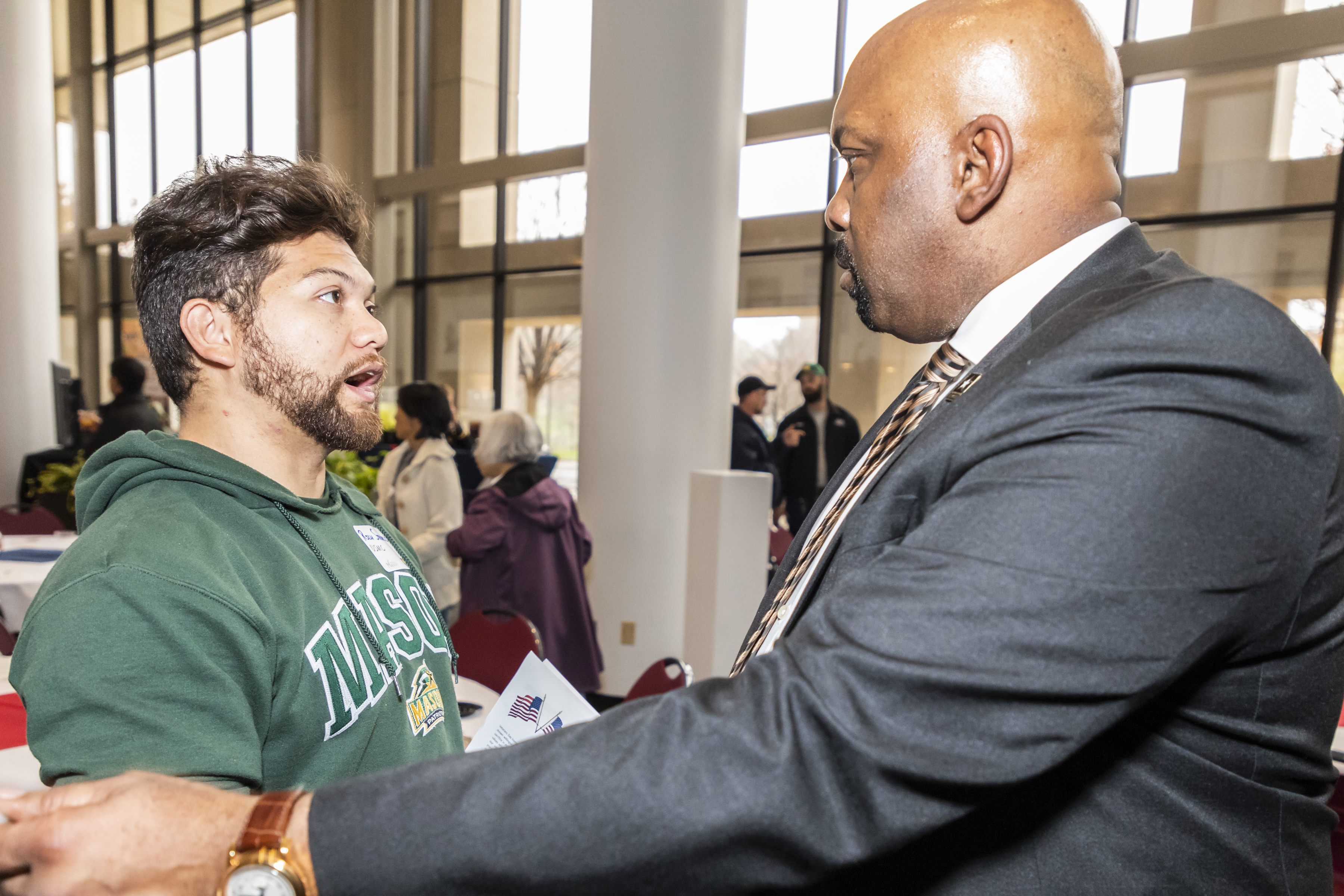 The George Mason University community celebrated those who served America in uniform at its Veterans Day Luncheon, Friday Nov. 9, at the Center for the Arts on the Fairfax Campus.

About 100 veterans and their family members were on hand for the annual program that honored volunteers from every military branch. The luncheon was presented by Mason’s ROTC detachment.

Strauss, who is president of the Mason Veteran Patriots, a chapter of the Student Veterans of America, called his five years in the Marine Corps (2006-11) a life-changing experience.

“It taught me how to hold myself to a higher standard,” he said.

Julian Williams, Mason’s vice president of compliance, diversity and ethics, extolled the veterans in attendance for the diversity in their personal backgrounds and experiences they brought to the university.

“We believe that each of you, through your service and sacrifice, strengthens our university,” he said.

Reginald Allen, assistant deputy chief of staff at the U.S. Environmental Protection Agency and executive in residence and affiliate faculty member in Mason’s Department of Environmental Science and Policy, was the keynote speaker. The retired Army colonel and 30-year military veteran praised those with whom he served and all who willingly place themselves in harm’s way on America’s behalf.

“We’ve all benefitted from their service because they have paid for our way of life with their blood and sacrifice,” Allen said.

Students from Mason’s School of Music performed a special concert, “Songs of World War I,” immediately following the luncheon.