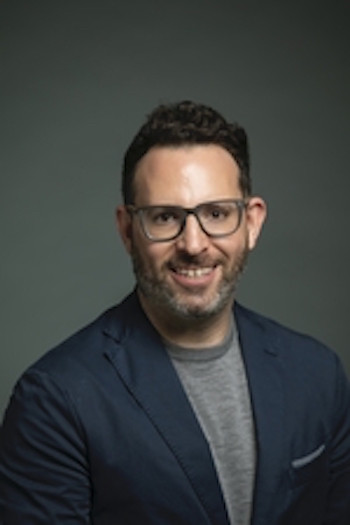 Steinberg, now a George Mason University associate professor of education policy, taught fifth-grade classes as a New York City Teaching Fellow in the  Harlem/Washington Heights section of New York City from 2002-05, during which he received a master’s degree in childhood education from the City College of New York.

“Teaching in an environment that was very under-resourced, where there were multiple principals across just three years, and instability in terms of leadership among adults in the building, helped provide the context for how I approach questions related to my own research. Specifically, how do those policies and school practices affect kids and teachers in the classroom?” Steinberg said.

Steinberg’s latest research explains how dramatic budget cuts to education during the Great Recession (from December 2007 through June 2009) hurt academic outcomes for students in the hardest-hit areas.

According to the study—“Schooling During the Great Recession: Patterns of School Spending and Student Achievement Using Population Data,” co-written by Steinberg and Kenneth Shores at Penn State University and published in the journal AERA Open—school spending in counties most affected by the recession was $600 less per pupil per year compared to counties least adversely affected. The resulting achievement gap between students in counties most and least affected by the recession persisted for more than three years following the 2009-10 school year.

The steepest declines in academic performance were in school districts in which an average 72 percent of students received free or reduced lunch and in districts that were, on average, 39 percent African American.

The research also found that the federal government did not take these economic and demographic variations into account when providing emergency funds through the American Recovery and Reinvestment Act.

“The consequences of the Great Recession are not just related to changes in employment in local labor markets,” Steinberg said. “There is also a direct consequence for how much we spend on schools, and these school spending declines are related to declines in student achievement. We need to be more aware of the potential negative consequences on students and achievement that results from recessionary events.”

“I would consider Matthew to be one of the leaders in the evolving field of education economics,” said Mark Ginsberg, dean of Mason’s College of Education and Human Development. “This work is a good example of the interface between education and public policy, and between those who study and lead schools and those who study the phenomena that are important for schools.”

For the study, Steinberg and Shores examined test scores of students in grades 3 through 8 in more than 2,548 counties across the United States for school years from 2008 to 2015. Information was provided by the Stanford Education Data Archive, the U.S. Bureau of Labor Statistics and district spending data from the U.S Department of Education.

“Economic events like recessions will continue to happen and have consequences for how much we spend on school resources, which has consequences on student achievement,” Steinberg said.