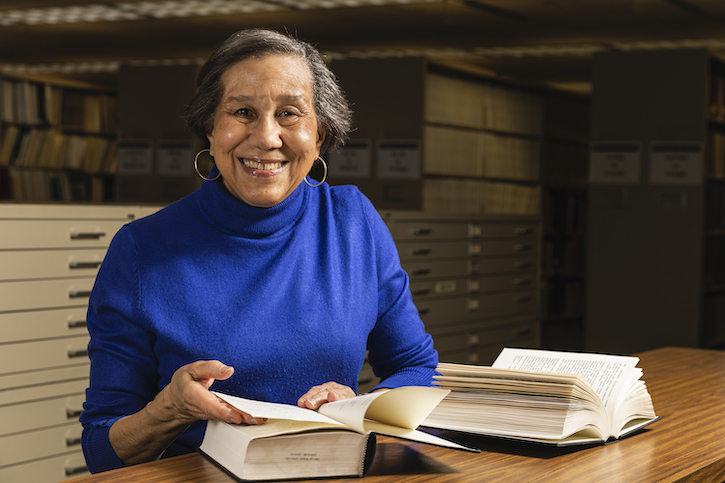 Mason graduate student Bobbi Bowman is taking history and creative writing classes with the goal of writing a book about her family's history. Photo by Lathan Goumas.

Bobbi Bowman's years of experience as a journalist taught her whenever she's in a courthouse, she should go fishing, because you never know when you’re going to come across a good story.

Almost 10 years ago, Bowman visited the Campbell County, Virginia, courthouse to look for a deed. Because she had family history in the county as well, Bowman searched through the deed books for the name Williamson, which is her mother’s family name. What she found was a deed that transferred land from a white man to her great-great-grandmother, a black woman, in the year 1871.

“No white person is going to give land to a black lady in 1871,” said Bowman, now retired and enrolled as a graduate student at George Mason University. That’s when the reporter’s curiosity kicked in.

Bowman knew there had to be more to the story. She spent long hours in libraries and courthouses and slowly uncovered her great-great-grandfather’s struggle between freedom and slavery. With background archival research, she said that her history courses at Mason have helped her form a larger picture of her family’s story. 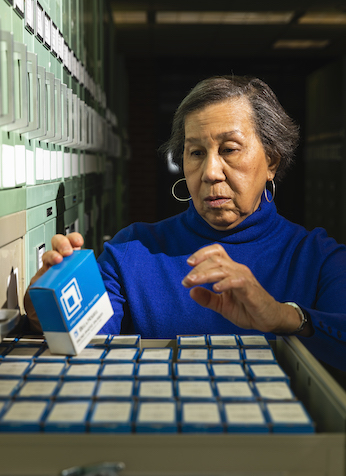 Mason graduate student Bobbi Bowman started her family research almost 10 years ago after retiring from a career in journalism. Photo by Lathan Goumas.

In the mid-1800s, Bowman’s great-great-grandfather, William Williamson, had bought his freedom, but to keep his freedom he had to leave Virginia, according to state law. Instead, he decided to go back into slavery and remain in the county near his enslaved wife and children who were owned by a man on a nearby farm, under the condition that he could pick his master.

“So that's what grandpa did, in 1857, grandpa went to the courthouse and said he would go back into slavery, but his master was going to be Thomas Rosser,” said Bowman, adding that he did this after 15 years of fighting to keep his freedom in Virginia, and even petitioned the Virginia General Assembly for permission to stay but was denied.

Brian Platt, chair of the Department of History and Art History at Mason, says the department is excited about Bowman’s research and how it fits in with other Mason research, such as the Enslaved People of George Mason project.

“Bobbi’s research is a gift to us,” said Platt. “It reminds us of the irredeemable evil of slavery. But her research also gives us an example of how two ordinary people chose to reject its premises and recognize their shared humanity.”

Bowman said that returning to graduate school was always in her retirement plan, because she wanted to study World War II in an academic setting. But now, her studies at Mason are helping her with her genealogy research.

“Being a student at Mason has been enormously helpful to me and provided just a rich context in which to place my grandfather's story,” said Bowman. She recalls her Slavery and Freedom class, taught by Randolph Scully, as helping her to understand Virginia's political climate during her grandfather’s life.

Bowman is planning to continue her studies at Mason and work on her family history. She is even enrolled in a creative writing class in preparation to write a book on their story.