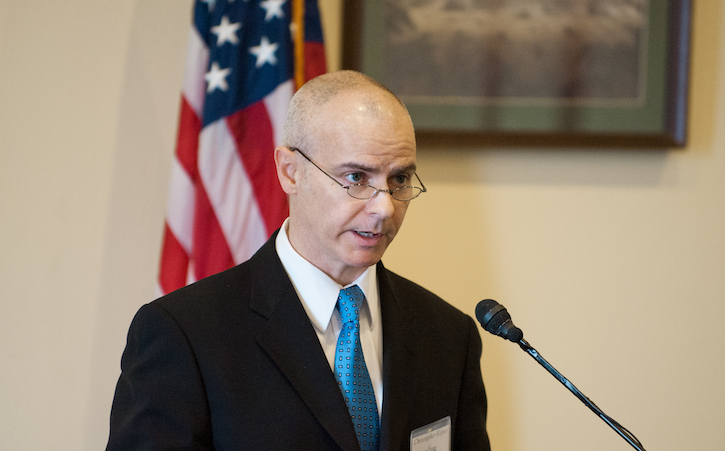 Limiting the availability of high-capacity firearms, curtailing gun access for individuals deemed dangerous and strengthening background checks were among the proposed ways to help limit future mass shootings in the United States, according to research findings published on Feb. 6 in a special edition of Criminology & Public Policy.

The 41 researchers, who included George Mason University’s Cynthia Lum and Christopher Koper, the chief editors of the journal, contributed 16 articles on the topic in the special edition of the flagship journal of the American Society of Criminology. The articles assessed trends in mass violence and gauged the effectiveness of current measures to prevent instances of mass shootings. The issue also included research-based policy recommendations to limit harm from such violence.

“This issue synthesizes what we know about mass violence and efforts to prevent this increasingly serious problem,” said Koper, the associate professor in the Department of Criminology, Law and Society within the College of Humanities and Social Sciences and principal fellow with Mason’s Center for Evidence-Based Crime Policy who led the special initiative. “We offer a variety of policy recommendations based on the best available evidence and identify areas that need much more research and analysis.”

Other recommendations included improving threat-detection systems through more widespread use of threat-assessment teams, public education campaigns and social media analysis; expanding training, education and awareness for first responders, trauma centers and the public on tactics and strategies that can reduce fatalities when an event occurs; and initiating a federally supported effort to formally track mass casualty incidents to support in-depth research and evaluation.

The recommendations of the scholars were based on conclusions they reached during the course of their research, including that public mass shootings have become more common and deadly over the last decade, that mental illness plays less of a role than people assume and that tighter gun laws help reduce the risks to such episodes.

Carnegie Mellon University’s Daniel Nagin, who helped organize the special issue with Lum and Koper, stressed that there were no easy solutions or quick fixes.

“However, there are measures we can take to limit the harm and damage caused by these violent incidents, as well as prevent some shootings from ever taking place,” Nagin said. “Most of these recommendations require legislative action at the federal and state levels.”

“This is one of the most concerning public policy issues that we face in the United States,” said Lum, the director of the CEBCP  and a professor of Criminology, Law and Society. “Attacking it with science—not fear and speculation—will be important as we try to mitigate this problem in the future.”