It’s difficult to overstate Mark Pullen’s "commitment to getting online education going at Mason. He was way ahead of his time.”

Mason Engineering's Mark Pullen was a pioneer in distance education in the ’90s, never dreaming that all of Mason’s faculty would end up using virtual instruction this spring during the coronavirus pandemic.

“I was an early advocate of teaching online,” says Pullen, a professor in the Department of Computer Science (CS). “I developed supporting software, taught online, and recruited enough colleagues to offer a master’s degree in computer science as Mason's first online degree in 2005.

He saw the advantages of distance education: Students wouldn’t have to commute and could finish their degrees anywhere in the world.

Pullen, who is retiring at the end of May, taught his last course in the fall semester, and even though it was an in-person class, he offered online video lectures as an option for students.

He came to Mason in 1992 after serving 21 years as a U.S. Army officer supporting military needs for advanced information technology. His last seven years with the military were at the Defense Advanced Research Projects Agency (DARPA), where he was instrumental in transitioning the Internet from a federal research project to the commercial system used today. 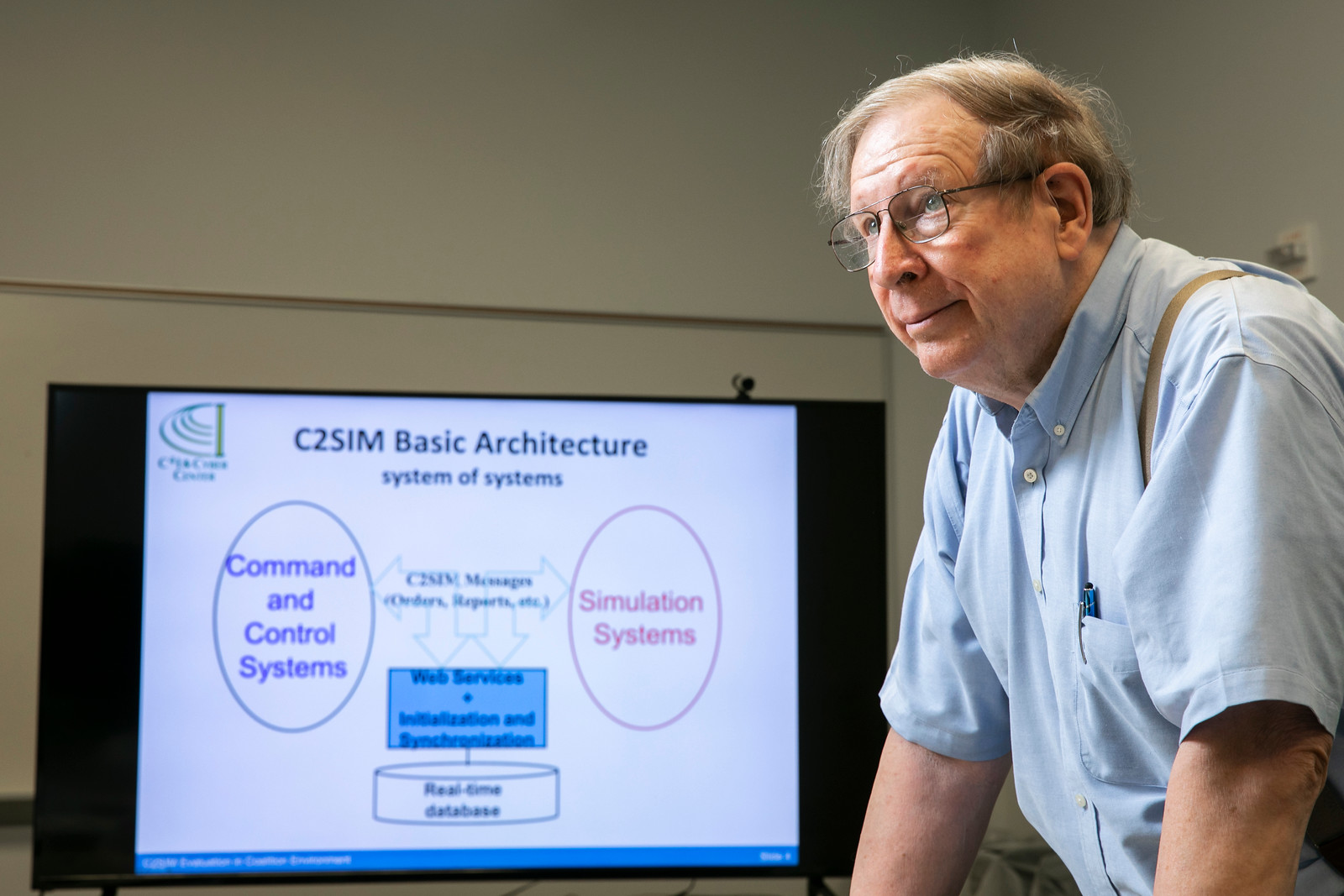 He’s known for his broad expertise in information technology with a special focus on interoperability and networked multimedia systems for education and military training.

Pullen's goal at Mason was to teach computer networking while continuing his research in military information technology. “My vision was that networks could improve human life—both in distance-learning and for the international military community,” he says.

When Pullen and his colleagues began working on virtual instruction in the early 90s, there wasn’t much out there except correspondence videos, he says.

“There was little software of any kind for distance education. We took components from various places, integrated and customized them, creating a predecessor of today’s conferencing tools like Zoom and WebEx,” he says. “We developed what amounted to a prototype, where the commercial world followed.”

Sanjeev Setia, associate dean for computing programs and initiatives for the Volgenau School of Engineering, says Pullen was ahead of his time on virtual instruction. “Mark led a project that enabled audio and video to be delivered synchronously over the internet. This was used to support the CS department’s efforts in online education, way before the rest of the university got involved in online education.”

Robert Simon, a professor of computer science, says it's difficult to overstate Pullen’s "commitment to getting online education going at Mason. He was way ahead of his time.”

Besides researching distance learning, Pullen has been laser-focused on research for the military while at Mason.

For the past 10 years, he has served as director of Mason's Center of Excellence in Command, Control, Communications, Computing, Intelligence, and Cyber (C4I & Cyber), establishing it as a major research center for the Department of Defense applications. “It grew into a bunch of major research projects with my work focusing on interoperability,” Pullen says.

Of particular note is his leadership in enabling military command and control systems to interoperate with simulations and robotic systems, in the same sense as the Internet enables a wide range of systems to operate together.

In his role as director of C4I & Cyber Center, Pullen mentored several faculty from computer science and other engineering departments and helped them establish vibrant research programs.

Simon says Pullen spearheaded large efforts in distributed simulation for the Department of Defense community that involved many research groups across the world, and, ultimately, many of his contributions have made their way into various international standards. “He helped to put together research teams for proposals that spanned multiple universities and companies, often without even insisting he was part of the team.”

In retirement, Pullen will continue his work with NATO on standards that enable systems supporting a coalition to simply plug into the network and work together.

He has made the most of his time at Mason. “It has been gratifying the way all of my work, whether it was to improve teaching and learning or military coalition operations, has flourished in the academic environment," Pullen says.

— Mark Pullen, a professor in the Department of Computer Science