A tale of two people and one vision 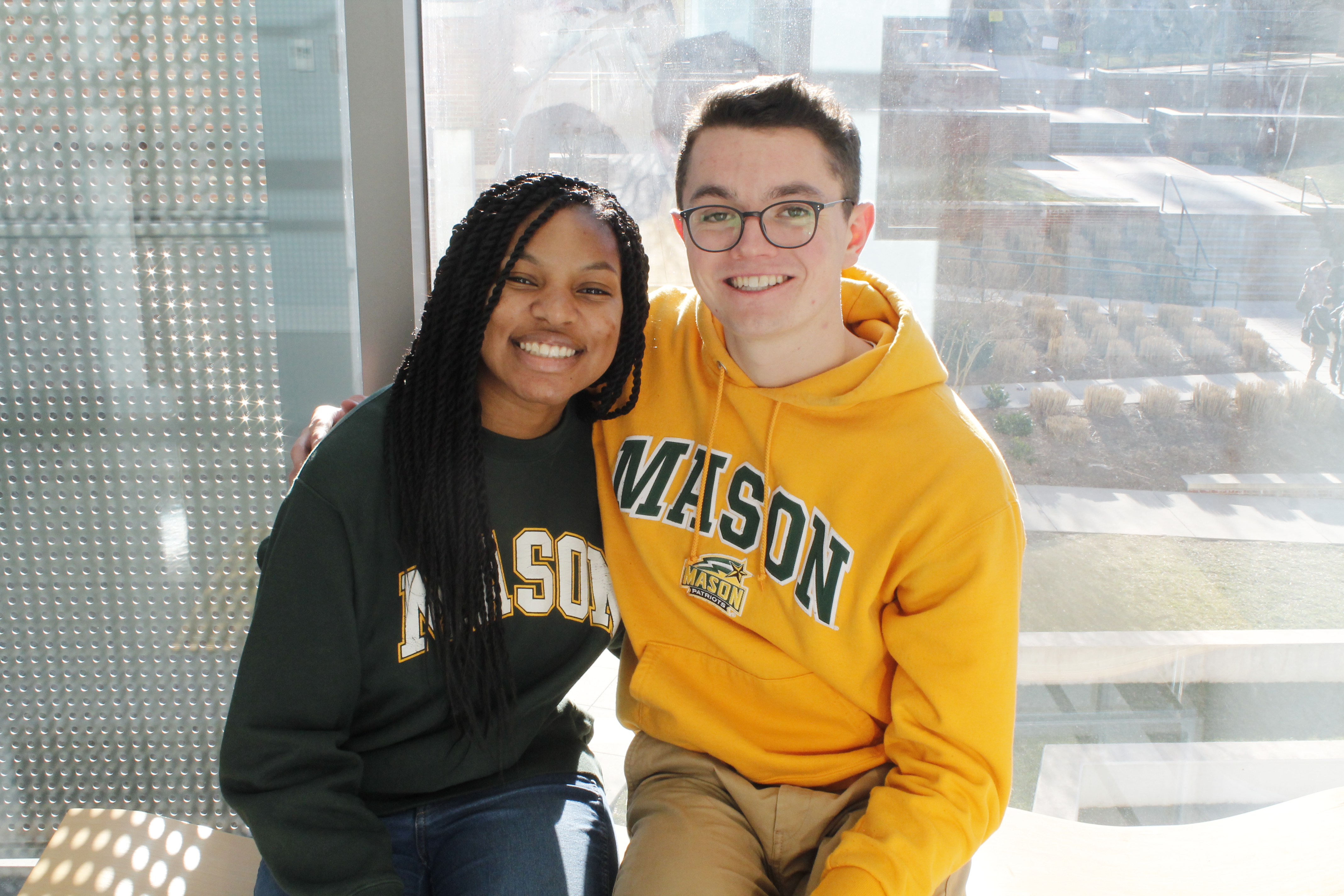 It’s difficult to imagine now, but Shelby Adams said that as a George Mason University freshman she was so shy, “I didn’t want to speak to anybody because I was afraid anything I said would sound weird.”

Now, she is student body president.

“Mason helped me grow into the person I am today,” she said. “I wanted that change. I wanted that growth, and Mason was the perfect place for that.”

Adams, a junior criminology, law, and society major, and her vice president, David O’Connell, a senior government and international politics major, said they are all about change—changing the amount of information the student body gets through Student Government, and changing the way their fellow students consume that information through social media.

That, they said, is the best way for everyone to understand and weigh in on the university’s most important issues.

“Student Government is just a select number of students,” O’Connell said. “We need to make sure all students know what’s going on. We need to hear from the whole population.”

Adams, from Lorton, Virginia, and O’Connell, from Rochester, New York, might not seem a natural pair.

As chair of multicultural affairs in Student Government, Adams was keenly focused on bringing diverse communities together. As chair of the University Life Committee, O’Connell was more focused on Title IX issues, athletic events and school spirit.

They really didn’t know each other, either.

But Adams said she noticed O’Connell’s work ethic and passion for his job. So when she decided to run for president, she sat him down one day after a Student Government meeting and asked him to be her running mate.

They also found they have a shared sensibility—helping people.

For Adams, whose sister, Sydney, is a Mason alumna, BA Arts and Visual Technology ’16, MS Management ’19, it comes from her family’s ethic of advocating for vulnerable communities. For O’Connell, it comes from Mason becoming a home away from home.

“We do come from different backgrounds,” O’Connell said. “But we’ve always had the same goal of creating the best possible environment we can at Mason.”

Take Mason’s decision to open campus for the fall semester.

Through Instagram, Student Government surveyed students on learning preferences. More than 4,000 responses came in, Adams said, with all online classes and a hybrid model being the top choices.

“We took that information to the administration,” Adams said, “and here we are with online and hybrid options.”

“Their commitment and sincerity to make Mason a stronger institution on behalf of our students was clear from the start,” said Rose Pascarell, vice president for University Life. “They are willing to do the hard work of understanding complex institutional issues before they weigh in to assist with solutions. They are passionate about serving the student body and have been incredibly collaborative.”

Both said they have benefitted from their Mason experience.

O’Connell said he originally came to Mason because of its proximity to Washington, D.C. Once he found his lane in the Schar School of Policy and Government, he said he knew he made the right choice.

“And when I’m familiar with something, I’m more comfortable with it,” she said.

As it turned out, Adams said Mason took her out of her comfort zone.

“The person you’re talking to today is not the same person [I was] in high school or the same person freshman year,” she said. “That’s definitely something I wanted going into a university, and that’s pretty much why I chose Mason.”