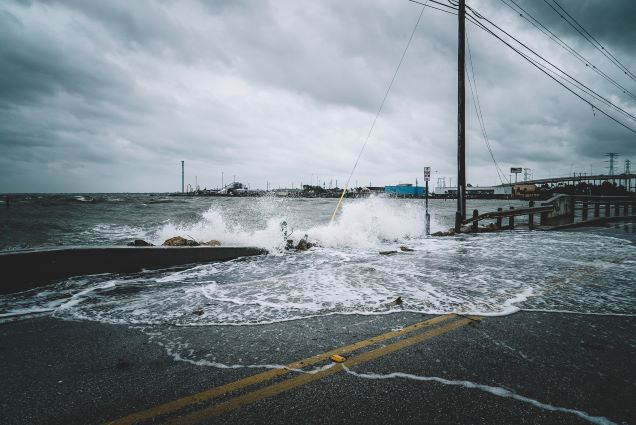 Mason researchers hope to further convey the dangers of climate change with the “Virginia’s Climate Future” panel on Sept. 24. Photo by Getty Images.

The global pandemic has changed the paradigm, but the dangers of climate change remain constant.

That’s the message George Mason University researchers hope to convey to state decision makers with the upcoming “Virginia’s Climate Future” panel to be held from 5-7 p.m. on Sept. 24. The virtual event had originally been scheduled in early April as part of concerted national effort to be simultaneously held among high school students, as well as state colleges and universities in an effort to Solve Climate by 2030.

Things have drastically changed in the months since then, but a discussion about the commonwealth’s best path forward amidst the chaos of COVID-19, a large-scale economic crisis and a national reckoning on race is imperative, said A. Alonso Aguirre, a professor and the chair of the Department of Environmental Science and Policy within Mason’s College of Science. The need of the continued involvement from young people remains imperative as well.

“It’s even more important now that we communicate science to our policy-makers and our general public, who are kind of disconnected in the face of all these challenges,” Aguirre said.

Featured panelists will include state lawmaker Rip Sullivan, the lead sponsor for the Virginia Clean Economy Act whose 48th District in the Virginia House of Delegates encompasses part of Arlington and Fairfax Counties; Karen Campblin, the co-director of Green New Deal Virginia; Supervisor James Walkinshaw of the Fairfax County Board of Supervisors; and Colin Nackerman, the Mason graduate student and activist who is a member of Sunrise Movement Fairfax County, a local chapter of an organization of young people dedicated to combating global climate change.

“In the movement for climate justice, youth activists have been at the forefront of ensuring our climate solutions meet the scale and urgency needed for a healthy and equitable future—for ourselves and for future generations,” Nackerman said.

They will exchange ideas with Mason’s Aguirre and Jim Kinter, a professor of climate dynamics and the director of Mason’s Center for Ocean-Land-Atmosphere Studies (COLA).

“Nothing is different now as far as the urgency of how climate change goes,” Kinter said. “Virginia is still vulnerable to climate change. It’s still there. If anything, it’s getting more severe all the time.”

Biruk Haregu, a Mason doctoral student from the Schar School of Policy and Government and member of the Institute for a Sustainable Earth, and Dasha Maslyukova, the Mason undergrad who is president of Mason’s Environmental Justice Alliance, will serve as the event’s moderators.

The event will be live-streamed on GMU-TV. For further information, go here.