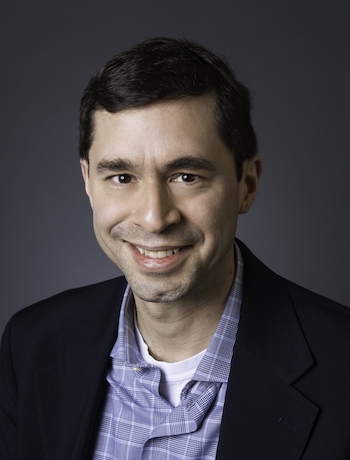 As the Thanksgiving holiday approaches, it’s a good time to quash some misconceptions about the Pilgrims, who they were, what happened when they arrived in North America and how they interacted with the Native Americans they encountered, said John Turner, professor of religious studies in the College of Humanities and Social Sciences.

“One good reason to take a look a look at this history is because we all have some superficial sense of the Pilgrims and the Thanksgiving meal,” said Turner, who recently wrote the book, “They Knew They Were Pilgrims: Plymouth Colony and the Contest for American Liberty.”

“As Americans, we have placed a lot of weight and meaning on this story, so it is important that we try to know and understand what really happened.”

The key to understanding the Pilgrims is to acknowledge the importance of religion in their lives, said Turner. The Pilgrims were Separatists, radical Puritans who had rejected the Church of England. Looking for a place to live where they would not be persecuted, the Pilgrims first went to the Netherlands, but then decided to “transplant to the other side of the ocean,” said Turner.

The trip over on the Mayflower was hard, and they landed nowhere near where they were headed. During the first year, about half of the Mayflower passengers died, probably mainly of scurvy and malnutrition, Turner said.

“You don’t want to show up unprepared to a winter in Massachusetts,” said Turner. “It was disastrous.”

Meanwhile, the Wampanoag living in the area had also recently been through an epidemic. The story of friendship between the Native Americans and the Pilgrims has been overblown and misconstrued, said Turner.

When harvest time came, the Pilgrims were thankful and took a few days to “celebrate, eat and have a good time.” The celebration probably occurred earlier in the fall than November, said Turner, and did not originally include the Wampanoag. The celebration included shooting off  guns. Wampanoag men showed up after they heard the shots and then contributed to the feast and festivities, said Turner.

Most of the traditional Thanksgiving dishes were not part of the original celebration, which included venison and some sort of fowl, which could have been turkey, Turner said. There is also a good chance that eel was involved, as they were plentiful, said Turner.

As more English settlers arrived to the Plymouth area, the cooperation between the Pilgrims and the Wampanoag broke down.

“The Wampanoag got pushed off their land, and descendants of both the Pilgrims and Wampanoag warred against each other,” said Turner.

To this day, the Wampanoag don’t consider Thanksgiving a day of celebration, said Turner. Instead, some gather at Cole’s Hill overlooking Plymouth Rock for a National Day of Mourning, a tradition that dates back to 1970.

“The long-term outcome for the Wampanoag was just dreadful,” said Turner.

John Turner can be reached at jturne17@gmu.edu

About George Mason
George Mason University is Virginia’s largest public research university. Located near Washington, D.C., Mason enrolls 38,000 students from 130 countries and all 50 states. Mason has grown rapidly over the past half-century and is recognized for its innovation and entrepreneurship, remarkable diversity and commitment to accessibility.